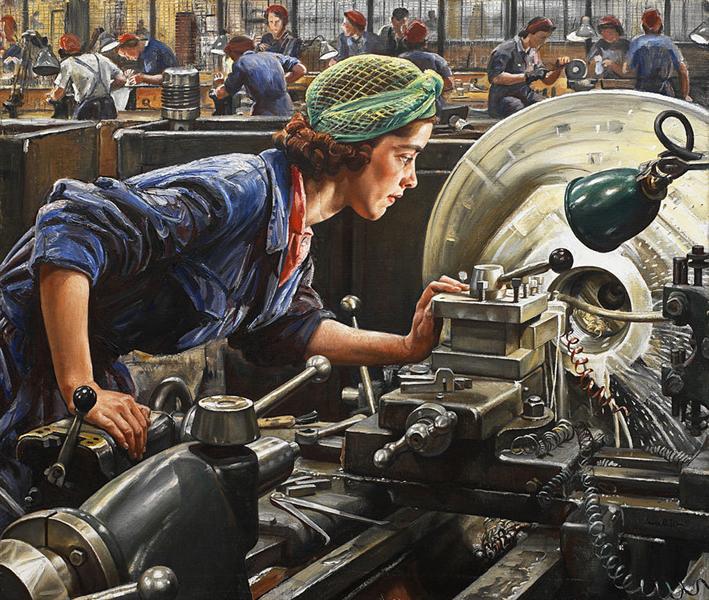 Social realism, an international art movement, encompasses the work of painters, printmakers, photographers and filmmakers who draw attention to the everyday conditions of the working class and the poor; social realists are critical of the social structures which maintain these conditions. While the movement's characteristics vary from nation to nation, it almost always utilizes a form of descriptive or critical realism.

Social realism should not be confused with socialist realism, the official Soviet art form that was institutionalized by Joseph Stalin in 1934 and was later adopted by allied Communist parties worldwide.

Social realism traces back to 19th-century European Realism, including the art of Honoré Daumier, Gustave Courbet and Jean-François Millet. Britain's Industrial Revolution aroused concern for the urban poor, and in the 1870s the work of artists such as Luke Fildes, Hubert von Herkomer, Frank Holl, and William Small were widely reproduced in The Graphic.

In Russia Peredvizhniki or "Social Realism" was critical of the social environment that caused the conditions pictured, and denounced the "evil" Tsarist period. Ilya Repin, said that his art work was aimed “To criticize all the monstrosities of our vile society” of the Tsarist period. Similar concerns were addressed in 20th-century Britain by the Artists' International Association, Mass Observation and the Kitchen sink school.

Social realist photography draws from the documentary traditions of the late 19th century, such as the work of Jacob A. Riis, and Maksim Dmitriyev.

In about 1900, a group of Realist artists led by Robert Henri challenged the American Impressionism and academics, in what would become known as the Ashcan school. The term was suggested by a drawing by George Bellows, captioned Disappointments of the Ash Can, which appeared in the Philadelphia Record in April 1915.

In paintings, illustrations, etchings, and lithographs, Ashcan artists concentrated on portraying New York's vitality, with a keen eye on current events and the era's social and political rhetoric. H. Barbara Weinberg of The Metropolitan Museum of Art has described the artists as documenting "an unsettling, transitional time that was marked by confidence and doubt, excitement and trepidation. Ignoring or registering only gently harsh new realities such as the problems of immigration and urban poverty, they shone a positive light on their era."