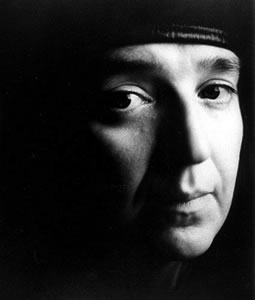 Sue Coe (born 21 February 1951) is an English artist and illustrator, working primarily in drawing and printmaking, and often in the form of illustrated books and comics. Her work in the tradition of social protest art and is highly political, often directed against capitalism and animal rights. Her commentary on political events and social injustice are published in newspapers, magazines and books, as well as hung in museum and gallery exhibitions. She lives in upstate New York.

Coe was born 21 February 1951 in Tamworth, Staffordshire. She grew up close to a slaughterhouse and developed a passion to stop cruelty to animals.

At age 16, Coe started studying at Chelsea College of Arts, where she graduated with a B.A. in 1970 at the age of 18. Coe went on to studied graphic design at Royal College of Art in London, between 1970 – 1973, however she was too young to attend and she had to lie about her age on the college application. After receiving her M.A. from Royal College of Art, she moved to New York City (around 1972 or 1973), where she remained until 2001. Coe had been an art teacher, and decided to fully dedicated herself to art making by 1978.

For a quarter century, her work has explored various social topics including: factory farming, meat packing, apartheid, sweatshops, prison-industrial complex, AIDS, and war. Coe's paintings and prints are auctioned as fundraisers for a variety of progressive causes and, since 1998, she has sold prints to benefit animal rights organisations. Her influences include the works of Chaim Soutine and José Guadalupe Posada, Käthe Kollwitz, Francisco Goya and Rembrandt.

In 2013 she was a visiting artist at Parsons School of Design and taught about social awareness in art.

Her artwork is featured in the animal rights movie, Earthlings.

Coe was elected into the National Academy of Design, as an Associate Academician in 1993, and became a full Academician by 1994.

She was awarded the 2015 Lifetime Achievement in the Visual Arts award from Women's Caucus for Art, for her dedication to art and activism. In 2013, Dickinson College honored Coe with the Dickinson College Arts Award, in recognition as an influential cultural figure in the United States. In 2017, Coe was awarded the SGCI Lifetime Achievement award in Printmaking from Southern Graphics Council International (SGCI).

As an illustrator, she is a frequent contributor to World War 3 Illustrated, and has seen her work published in The Progressive, Mother Jones, Blab, The New York Times, The New Yorker, Time Magazine, Newsweek The Nation and other periodicals.

Her illustration was used on the cover of the book, Animals, Property, and the Law (1995) by Gary Francione.