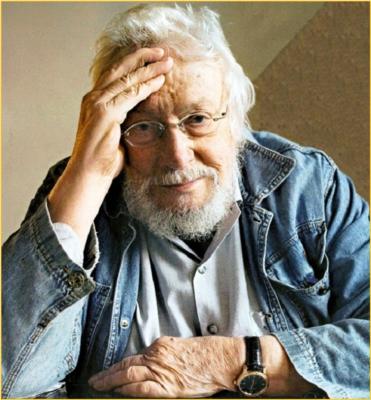 Júlio Pomar, GOL, GCM (born January 10, 1926) is a Lisbon-born Portuguese painter. He studied painting in both Lisbon and at the Porto Academy of Fine Arts, where he joined a group of fellow artists called the Independents.

Pomar participated in the neo-realist movement from 1945-1957 and later became a neo-expressionist. He has illustrated a children's book by American-Portuguese novelist Richard Zimler.