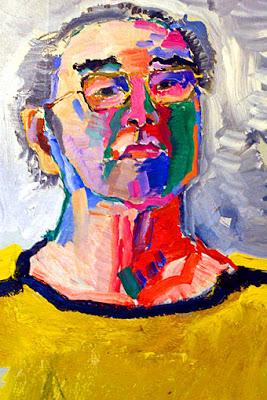 Manabu Mabe (マナブ間部) (September 14, 1924 – September 22, 1997) was a Japanese-Brazilian painter. Mabe worked as a vendor of hand-painted ties in São Paulo before becoming a famous artist.

In the late 1950s, Mabe won the top award in São Paulo's Contemporary Art Salon, the top award as Brazil's best painter in the São Paulo Bienal, and the top honors for artists under 35 at Paris's first biennial.

On January 30, 1979, after an exhibition in Tokyo, 53 of his paintings were on board a Varig cargo Boeing 707-323C en route from Tokyo - Narita to Rio de Janeiro-Galeão via Los Angeles. The aircraft went missing over the Pacific Ocean some 30 minutes (200 km ENE) from Tokyo. The cause is unknown since the wreck was never found. The paintings were lost.