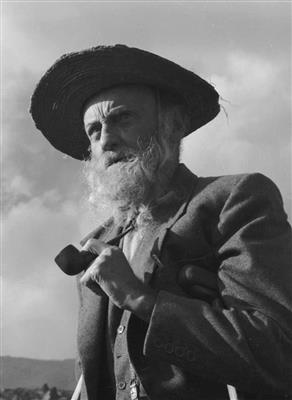 
He was born in Guadalajara, state of Jalisco, where he began the study of painting at an early age, under Felipe Castro. At the age of 21, Murillo entered the Academy of San Carlos in Mexico City to further his studies.


After showing his abilities, Murillo was granted a pension in 1897 by President Porfirio Díaz to study painting in Europe. There he broadened his scope of learning, with study of philosophy and law at the University of Rome, and many trips to Paris to listen to lectures about art given by Henri Bergson. His strong interest in politics led him to collaborate with the Socialist Party in Italy and work in the Avanti newspaper. In 1902 he was "baptized" "Dr. Atl" (the Nahuatl word for "water") by Leopoldo Lugones.


Dr. Atl became very active in Mexico when he returned. In 1906 he participated with Diego Rivera, Francisco de la Torre and Rafael Ponce de León and others in an exhibition sponsored by Alonso Cravioto and Luis Castillo Ledon, the editors of the magazine Savia Moderna.


In 1906 Dr. Atl issued a manifesto calling for the development of a monumental public art movement in Mexico linked to the lives and interests of the Mexican people, a precursor of the Mexican Mural Movement launched in 1922. He was also commissioned by the Diaz government to design a glass curtain for the Institute of Fine Arts (Bellas Artes) under construction in Mexico City, which was executed by Tiffany's of New York. The curtain featured the two volcanoes overlooking the capital. He was also commissioned to paint a mural, which was postponed by the eruption of the Mexican Revolution against Porfirio Díaz in 1910.


In 1911, Dr. Atl returned to Europe. In Paris, he founded a journal and wrote about the social and political issues of Mexico, and criticized General Victoriano Huerta, who had helped overthrow the democratically elected government of Francisco I. Madero. Dr. Atl supported the Constitutionalist faction in the Mexican Revolution, leaning towards "biblical socialism" and promoting the growth of art, literature, and science. When he returned from Europe, he joined the Constitutionalist forces led by Venustiano Carranza,
and was appointed Director of the Academy of San Carlos. During the Revolution, he persuaded two young art students, José Clemente Orozco and David Alfaro Siqueiros, to join the Carrancistas and illustrated La Vanguardia, the carrancista official paper.


The winning faction of the Revolution rejected the euro-centric emphasis of the Mexican government in the 19th and early 20th century and following the Revolution, there was a revival of interest in Mexico's rich indigenous past and the popular arts, including folk dance, music, arts and crafts. Dr. Atl and other artists arranged exhibits of the folk arts and performances of popular dance and music and Dr. Atl prepared a two-volume study, Folk Arts in Mexico, published by the Mexican government in 1922.