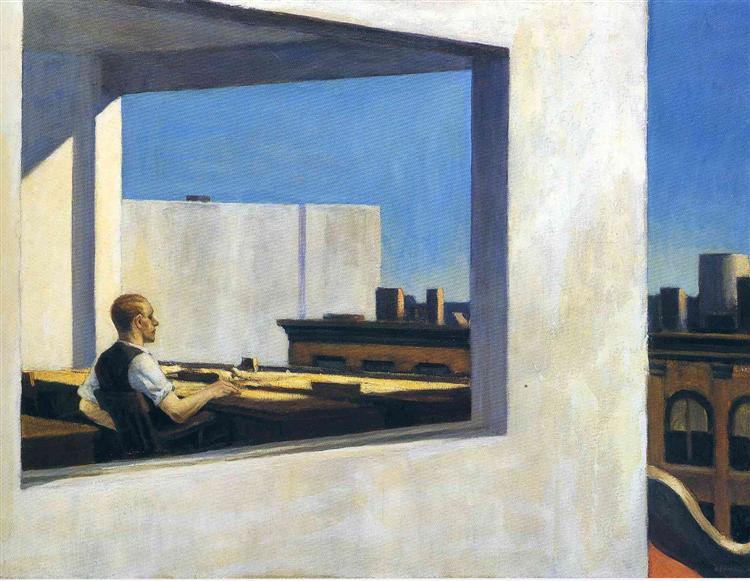 American Realism was a style in art, music and literature that depicted contemporary social realities and the lives and everyday activities of ordinary people. The movement began in literature in the mid-19th century, and became an important tendency in visual art in the early 20th century. Whether a cultural portrayal or a scenic view of downtown New York City, American realist works attempted to define what was real.

In America at the beginning of the 20th century a new generation of painters, writers and journalists were coming of age. Many of the painters felt the influence of older American artists such as Thomas Eakins, Mary Cassatt, John Singer Sargent, James McNeill Whistler, Winslow Homer, Childe Hassam, J. Alden Weir, Thomas Pollock Anshutz, and William Merritt Chase. However they were interested in creating new and more urbane works that reflected city life and a population that was more urban than rural in America as it entered the new century.

From the late 19th to the early 20th centuries, the United States experienced enormous industrial, economic, social and cultural change. A continuous wave of European immigration and the rising potential for international trade brought increasing growth and prosperity to America. Through art and artistic expression (through all mediums including painting, literature and music), American Realism attempted to portray the exhaustion and cultural exuberance of the figurative American landscape and the life of ordinary Americans at home. Artists used the feelings, textures and sounds of the city to influence the color, texture and look of their creative projects. Musicians noticed the quick and fast paced nature of the early 20th century and responded with a fresh and new tempo. Writers and authors told a new story about Americans; boys and girls real Americans could have grown up with. Pulling away from fantasy and focusing on the now, American Realism presented a new gateway and a breakthrough—introducing modernism, and what it means to be in the present. The Ashcan School also known as The Eight and the group called Ten American Painters created the core of the new American Modernism in the visual arts.

The Ashcan School was a group of New York City artists who sought to capture the feel of early-20th-century New York City, through realistic portraits of everyday life. These artists preferred to depict the richly and culturally textured lower class immigrants, rather than the rich and promising Fifth Avenue socialites. One critic of the time did not like their choice of subjects, which included alleys, tenements, slum dwellers, and in the case of John Sloan, taverns frequented by the working class. They became known as the revolutionary black gang and apostles of ugliness.

George Bellows (1882–1925), painted city life in New York City. His paintings had an expressionist boldness and a willingness to take risks. He had a fascination with violence as seen in his painting, Both Members of this Club, which depicts a rather gory boxing scene. In his painting titled Cliff Dwellers, we find a city-scape that is not one particular view but a composite of many views.