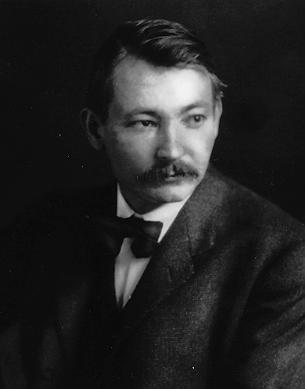 Robert Herni was both as an artist in his own right and a teacher of greats such as Edward Hopper, George Bellows, Rockwell Kent and Stuart Davis. He started to gain a following in the 1890s, during his time in Philidelphia, where he met four illustrators for the Philidelphia Press: George Luks, Everitt Shinn, John French Sloan and William Glackens, colloquially known as the "Philidelphia Four." These men would meet at Henri's apartment to discuss art, philosophy, culture and more, their meetings became known as the Charcoal Club because the also did drawings from life. Over several years, he split his time between Philidelphia and Paris and was exposed to spontaneous depictions of life that would ultimately inspire his mature style. The Philidelphia Four would have been used to depicting real-life scenes quickly so he gained influence from them and while in Paris he met Canadian artist, James Wilson Morrice, who introduced him to a technique of painting quickly on small boards of wood that could be stored in the pocket, along with a small artist's kit. This gave Henri the chance to practice his style on the go, by 1895 he had completely reconsidered Impressionism calling it "new academism."

Robert Henri (/ˈhɛnraɪ/; June 24, 1865 – July 12, 1929) was an American painter and teacher. He was a leading figure of the Ashcan School of American realism and an organizer of the group known as "The Eight," a loose association of artists who protested the restrictive exhibition practices of the powerful, conservative National Academy of Design.

In October 1882, Henri's father became embroiled in a dispute with a rancher, Alfred Pearson, over the right to pasture cattle on land claimed by the family. When the dispute turned physical, Cozad shot Pearson fatally with a pistol. Cozad was eventually cleared of wrongdoing, but the mood of the town turned against him. He fled to Denver, Colorado, and the rest of the family followed shortly afterwards. In order to disassociate themselves from the scandal, family members changed their names. The father became known as Richard Henry Lee, and his sons posed as adopted children under the names Frank Southern and Robert Earl Henri (pronounced "hen rye"). In 1883, the family moved to New York City, then to Atlantic City, New Jersey, where the young artist completed his first paintings.

In 1886, Henri enrolled at the Pennsylvania Academy of the Fine Arts in Philadelphia, where he studied under Thomas Anshutz, a protege of Thomas Eakins, and Thomas Hovenden. In 1888, he traveled to Paris to study at the Académie Julian, where he studied under the academic realist William-Adolphe Bouguereau, came to admire greatly the work of Francois Millet, and embraced Impressionism. "His European study had helped Henri develop rather catholic tastes in art." He was admitted into the École des Beaux Arts. He visited Brittany and Italy during this period. At the end of 1891, he returned to Philadelphia, studying under Robert Vonnoh at the Pennsylvania Academy. In 1892, he began teaching at the Philadelphia School of Design for Women. "A born teacher, Henry enjoyed immediate success at the school."

In Philadelphia, Henri began to attract a group of followers who met in his studio to discuss art and culture, including several illustrators for the Philadelphia Press who would become known as the "Philadelphia Four": William Glackens, George Luks, Everett Shinn, and John Sloan. They called themselves the Charcoal Club. Their gatherings featured life drawing, raucous socializing, and readings and discussions of Ralph Waldo Emerson, Walt Whitman, Émile Zola, Henry David Thoreau, William Morris Hunt, and George Moore.

By 1895, Henri had come to reconsider his earlier love of Impressionism, calling it a "new academicism." He was urging his friends and proteges to create a new, more realistic art that would speak directly to their own time and experience. He believed that it was the right moment for American painters to seek out fresh, less genteel subjects in the modern American city. The paintings by Henri, Sloan, Glackens, Luks, Shinn, and others of their acquaintance that were inspired by this outlook eventually came to be called the Ashcan School of American art. They spurned academic painting and Impressionism as an art of mere surfaces. Art critic Robert Hughes declared that, "Henri wanted art to be akin to journalism. He wanted paint to be as real as mud, as the clods of horse-shit and snow, that froze on Broadway in the winter, as real a human product as sweat, carrying the unsurpressed smell of human life." Ashcan painters began to attract public attention in the same decade in which the realist fiction of Stephen Crane, Theodore Dreiser, and Frank Norris was finding its audience and the muckraking journalists were calling attention to slum conditions.