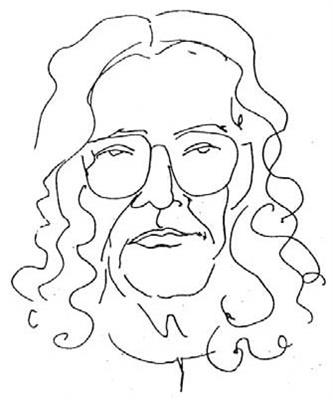 Sheikh Mohammed Sultan (known as SM Sultan; 10 August 1923 – 10 October 1994), was a Bengali avant-garde artist who worked in painting and drawing. His fame rests on his striking depictions of exaggeratedly muscular Bangladeshi peasants engaged in the activities of their everyday lives.

For his achievement in fine arts he was awarded with the Ekushey Padak in 1982; the Bangladesh Charu Shilpi Sangsad Award in 1986; and the Independence Day Award in 1993. His works are held in several major collections in Bangladesh, including the Bangladesh National Museum, the National Art Gallery (Bangladesh), the S.M. Sultan Memorial Museum, and the Bengal Foundation.

Sultan was born in Machimdia village, in what was then Jessore District, British India (now Narail District, Bangladesh) on 10 August 1923. After five years of primary education at Victoria Collegiate School in Narail, he went to work for his father, a mason. Even as a child he felt a strong artistic urge. He seized every opportunity to draw with charcoal, and developed his talent depicting the buildings his father worked on. Sultan wanted to study art in Calcutta (Kolkata), but his family did not have the means to send him. Eventually, he secured financial support from the local zamindar and went to Calcutta in 1938.

There poet and art critic Hasan Shahid Suhrawardy restyled him S. M. Sultan and offered him accommodation in his home and the use of his library. Sultan did not meet the admissions requirements of the Government School of Art, but in 1941 managed to get in with the help of Suhrawardy, who was on the school's governing body. Under Principal Mukul Chandra Dey the school deemphasized the copying of Old Masters and moved beyond Indian mythological, allegorical, and historical subjects. Students were encouraged to paint contemporary landscapes and portraits expressing original themes from their own life experience.

Sultan left art school after three years, in 1944, and traveled around India. He earned his living by drawing portraits of Allied soldiers encamped along his route. His first exhibition was a solo one in Shimla, India, in 1946. Next, after Partition, came two individual exhibitions in Pakistan: Lahore in 1948 and Karachi in 1949. None of his artworks from this period survived, mainly due to Sultan's own indifference towards preserving his work.

The Institute of International Education (IIE) in New York ran an International Arts Program that brought exceptionally promising foreign artists between the ages of 25 and 35, selected jointly by their country's ministry of education and the IEE, to the United States for a stay of several weeks. The institute provided round-trip transportation and grants for living expenses. The program included visits to museums, a period of creative work or study at a school, consultations with leading American artists, and exhibition of the visitors' work.

Sultan's official selection by the government in Karachi made it possible for him to visit the United States in the early 1950s, and exhibit his work at the IEE in New York; at the YMCA in Washington, D.C.; in Boston; at the International House of the University of Chicago; and at Michigan University, Ann Arbor. Later he traveled to England, where he participated in the annual open-air group exhibition at Victoria Embankment Gardens, Hampstead, London.