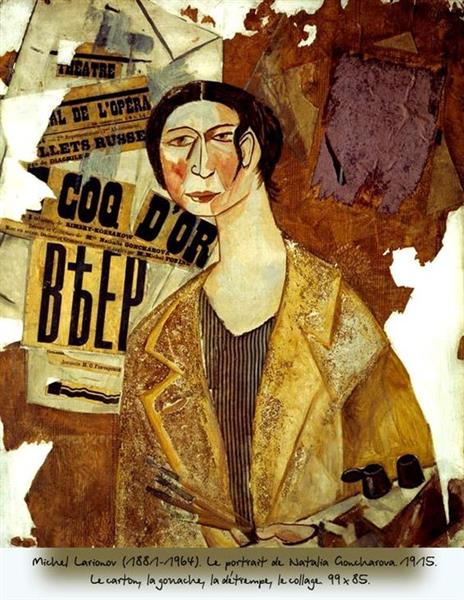 The avant-garde (from French, "advance guard" or "vanguard", literally "fore-guard") are people or works that are experimental, radical, or unorthodox with respect to art, culture, or society. It may be characterized by nontraditional, aesthetic innovation and initial unacceptability, and it may offer a critique of the relationship between producer and consumer.

The avant-garde pushes the boundaries of what is accepted as the norm or the status quo, primarily in the cultural realm. The avant-garde is considered by some to be a hallmark of modernism, as distinct from postmodernism. Many artists have aligned themselves with the avant-garde movement and still continue to do so, tracing a history from Dada through the Situationists to postmodern artists such as the Language poets around 1981.

The avant-garde also promotes radical social reforms. It was this meaning that was evoked by the Saint Simonian Olinde Rodrigues in his essay "L'artiste, le savant et l'industriel" ("The artist, the scientist and the industrialist", 1825), which contains the first recorded use of "avant-garde" in its now customary sense: there, Rodrigues calls on artists to "serve as [the people's] avant-garde", insisting that "the power of the arts is indeed the most immediate and fastest way" to social, political and economic reform.

Several writers have attempted to map the parameters of avant-garde activity. The Italian essayist Renato Poggioli provides one of the earliest analyses of vanguardism as a cultural phenomenon in his 1962 book Teoria dell'arte d'avanguardia (The Theory of the Avant-Garde). Surveying the historical, social, psychological and philosophical aspects of vanguardism, Poggioli reaches beyond individual instances of art, poetry, and music to show that vanguardists may share certain ideals or values which manifest themselves in the non-conformist lifestyles they adopt: He sees vanguard culture as a variety or subcategory of Bohemianism. Other authors have attempted both to clarify and to extend Poggioli's study. The German literary critic Peter Bürger's Theory of the Avant-Garde (1974) looks at the Establishment's embrace of socially critical works of art and suggests that in complicity with capitalism, "art as an institution neutralizes the political content of the individual work".

Bürger's essay also greatly influenced the work of contemporary American art-historians such as the German Benjamin H. D. Buchloh (born 1941). Buchloh, in the collection of essays Neo-avantgarde and Culture Industry (2000) critically argues for a dialectical approach to these positions. Subsequent criticism theorized the limitations of these approaches, noting their circumscribed areas of analysis, including Eurocentric, chauvinist, and genre-specific definitions.

The concept of avant-garde refers primarily to artists, writers, composers and thinkers whose work is opposed to mainstream cultural values and often has a trenchant social or political edge. Many writers, critics and theorists made assertions about vanguard culture during the formative years of modernism, although the initial definitive statement on the avant-garde was the essay Avant-Garde and Kitsch by New York art critic Clement Greenberg, published in Partisan Review in 1939. As the essay’s title suggests, Greenberg argued that vanguard culture has historically been opposed to "high" or "mainstream" culture, and that it has also rejected the artificially synthesized mass culture that has been produced by industrialization. Each of these media is a direct product of Capitalism—they are all now substantial industries—and as such they are driven by the same profit-fixated motives of other sectors of manufacturing, not the ideals of true art. For Greenberg, these forms were therefore kitsch: phony, faked or mechanical culture, which often pretended to be more than they were by using formal devices stolen from vanguard culture. For instance, during the 1930s the advertising industry was quick to take visual mannerisms from surrealism, but this does not mean that 1930s advertising photographs are truly surreal.