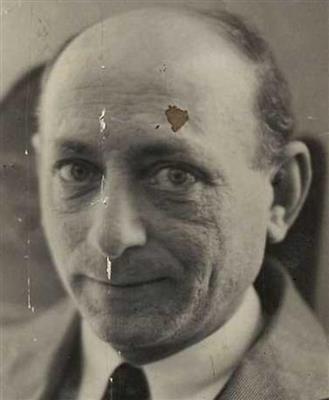 Samuel Leser Schwarz, known as Mommie (28 July 1876 – 19 November 1942) was a Dutch Jewish painter and graphic artist. He also worked as a designer of book covers.

In 1920, he married Else Berg. Together they became an artistic couple and were part of the Bergen School of painters. Schwarz and Berg were both killed at Auschwitz in 1942.

Schwarz was the tenth child of Leser Schwarz and Julie Winter. The family had eleven children. Between 1895–1897 Schwarz received his art training at the Academy of Antwerp. In 1897 he went to New York City where he remained two years. In 1903 he spent some time in Madrid. He moved to Berlin because of his interest in German expressionism in 1905, and there he met his future wife, Else Berg. In 1911 he settled with Berg in the Netherlands. In 1915 they moved to the town of Schoorl, where they established close ties with Leo Gestel and other artists from the Bergen School. The couple married in 1920 and moved to Amsterdam. From 1927 they lived adjacent to Amsterdam’s Sarphatipark. By this time, Schwarz had cut all ties with Judaism. The couple traveled extensively, including trips to Mallorca, the former Yugoslavia, Turkey and Spain. After the German occupation of the Netherlands in World War II, they refused to go into hiding or to wear the Star of David. On 12 November 1942, they were arrested by the Germans and deported via the Westerbork transit camp to Auschwitz, where they were executed immediately upon arrival on 19 November 1942.

Schwarz belonged to the Bergen School of painters and was influenced by such painters as Leo Gestel and Charley Toorop. The works of the Bergen School are characterized by Cubist figuration and expressionist influences in dark shades, which also applies to much of Schwarz’s work.

Schwarz is especially known for his harbor scenes, landscapes, portraits and still lifes.

He also worked as an illustrator and designed book covers and posters, including illustrations for the Dutch art magazine Wendingen.