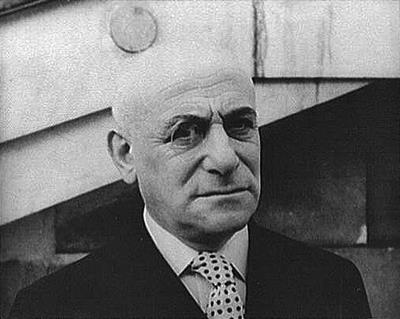 Jacob departed his native Brittany in 1894 to go to Paris, where he lived in extreme poverty but eventually became an important figure in Montmartre during the formative period of Cubism. He was a friend of the Cubist painters Pablo Picasso and Juan Gris and of the poet Guillaume Apollinaire. Jacob converted to Christianity in 1909 and became a Roman Catholic in 1915, but he nevertheless continued to oscillate between extravagant penitence and wild bohemianism until 1921, at which time he retired into semimonastic seclusion at Saint Benoît-sur-Loire. He lived there most of the time, supporting himself by painting, until World War II, when he was interned in the concentration camp at Drancy, near Paris, where he died.

After spending his childhood in Quimper, Brittany, France, he enrolled in the Paris Colonial School, which he left in 1897 for an artistic career. He was one of the first friends Pablo Picasso made in Paris. They met in the summer of 1901, and it was Jacob who helped the young artist learn French. Later, on the Boulevard Voltaire, he shared a room with Picasso, who remained a lifelong friend (and was included in his artwork Three Musicians). Jacob introduced him to Guillaume Apollinaire, who in turn introduced Picasso to Georges Braque. He would become close friends with Jean Cocteau, Jean Hugo, Christopher Wood and Amedeo Modigliani, who painted his portrait in 1916. He also befriended and encouraged the artist Romanin, otherwise known as French politician and future Resistance leader Jean Moulin. Moulin's famous nom de guerre Max is presumed to be selected in honor of Jacob.

Jacob, who had Jewish origins, claimed to have had a vision of Christ in 1909, and converted to Catholicism.

Max Jacob is regarded as an important link between the symbolists and the surrealists, as can be seen in his prose poems Le cornet à dés (The Dice Box, 1917 – the 1948 Gallimard edition was illustrated by Jean Hugo) and in his paintings, exhibitions of which were held in New York City in 1930 and 1938.

His writings include the novel Saint Matorel (1911), the verses Le laboratoire central (1921), and La défense de Tartuffe (1919), which expounds his philosophical and religious attitudes.

The famous psychoanalyst Jacques Lacan attributed the quote "The truth is always new" to Jacob.

Having moved outside of Paris in May 1936, to settle in Saint-Benoît-sur-Loire, Loiret, Max Jacob was arrested on 24 February 1944 by the Gestapo, and interned at Orléans prison (prisoner #15872). Jewish by birth, Jacob's brother Gaston had been previously arrested in January 1944, deported to the concentration camp Auschwitz, and gassed upon arrival with his sister Myrthe-Lea; her husband was also deported and murdered by the Nazis. Following his incarceration at Orléans, Max was then transferred to Drancy internment camp from where he was to be transported in the next convoy to Auschwitz. However, said to be suffering from bronchial pneumonia, Max Jacob died in the infirmary of Le Cité de la Muette, a former housing block which served as the internment camp known as Drancy on 5 March.

First interred in Ivry, after the war ended in 1949 his remains were transferred by his artist friends Jean Cassou and René Iché (who sculpted the tomb of the poet) to the cemetery at Saint-Benoît-sur-Loire in the Loiret département.

As well as his nom d'état civil, or regular name, Jacob worked under at least two pseudonyms, Léon David and Morven le Gaëlique.