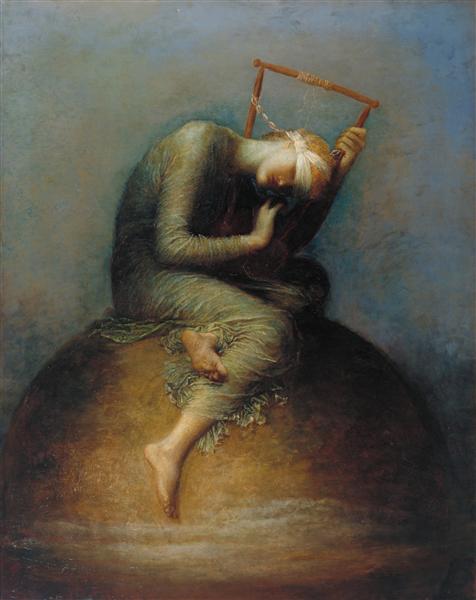 Symbolism was a late nineteenth-century art movement of French, Russian and Belgian origin in poetry and other arts.

In literature, the style originates with the 1857 publication of Charles Baudelaire's Les Fleurs du mal. The works of Edgar Allan Poe, which Baudelaire admired greatly and translated into French, were a significant influence and the source of many stock tropes and images. The aesthetic was developed by Stéphane Mallarmé and Paul Verlaine during the 1860s and 1870s. In the 1880s, the aesthetic was articulated by a series of manifestos and attracted a generation of writers. The name "symbolist" itself was first applied by the critic Jean Moréas, who invented the term to distinguish the Symbolists from the related Decadents of literature and of art.

Distinct from, but related to, the style of literature, symbolism in art is related to the gothic component of Romanticism and Impressionism.

The term "symbolism" is derived from the word "symbol" which derives from the Latin symbolum, a symbol of faith, and symbolus, a sign of recognition, in turn from classical Greek σύμβολον symbolon, an object cut in half constituting a sign of recognition when the carriers were able to reassemble the two halves. In ancient Greece, the symbolon was a shard of pottery which was inscribed and then broken into two pieces which were given to the ambassadors from two allied city states as a record of the alliance.

Symbolism was largely a reaction against naturalism and realism, anti-idealistic styles which were attempts to represent reality in its gritty particularity, and to elevate the humble and the ordinary over the ideal. Symbolism was a reaction in favour of spirituality, the imagination, and dreams. Some writers, such as Joris-Karl Huysmans, began as naturalists before becoming symbolists; for Huysmans, this change represented his increasing interest in religion and spirituality. Certain of the characteristic subjects of the Decadents represent naturalist interest in sexuality and taboo topics, but in their case this was mixed with Byronic romanticism and the world-weariness characteristic of the fin de siècle period.

The Symbolist poets have a more complex relationship with Parnassianism, a French literary style that immediately preceded it. While being influenced by hermeticism, allowing freer versification, and rejecting Parnassian clarity and objectivity, it retained Parnassianism's love of word play and concern for the musical qualities of verse. The Symbolists continued to admire Théophile Gautier's motto of "art for art's sake", and retained – and modified – Parnassianism's mood of ironic detachment. Many Symbolist poets, including Stéphane Mallarmé and Paul Verlaine, published early works in Le Parnasse contemporain, the poetry anthologies that gave Parnassianism its name. But Arthur Rimbaud publicly mocked prominent Parnassians and published scatological parodies of some of their main authors, including François Coppée – misattributed to Coppée himself – in L'Album zutique.

One of Symbolism's most colourful promoters in Paris was art and literary critic (and occultist) Joséphin Péladan, who established the Salon de la Rose + Croix. The Salon hosted a series of six presentations of avant-garde art, writing and music during the 1890s, to give a presentation space for artists embracing spiritualism, mysticism, and idealism in their work. A number of Symbolists were associated with the Salon.