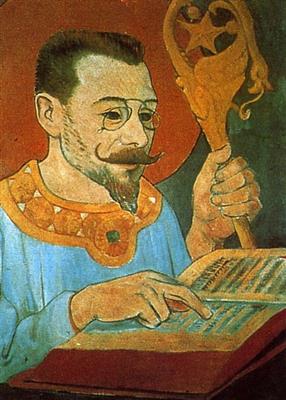 
Paul-Elie Ranson was born in Limoges and studied at the École des Arts Décoratifs there before moving to Paris and transferring to the Académie Julian in 1886. There he met Paul Sérusier in 1888. Subsequently, from 1890 he became a member and a creative leader of the Nabis group. They gathered at his studio in the Boulevarde du Montparnasse each Saturday. He was the one who introduced the Nabis language within the group.


In 1908, he created the Académie Ranson with his wife Marie-France, to teach the Nabis ideas and techniques. After his death in Paris in 1909, his wife continued to run the academy.