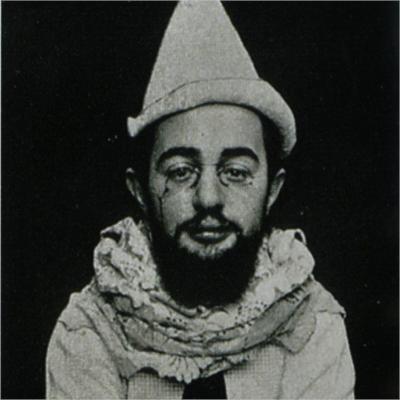 Henri Marie Raymond de Toulouse-Lautrec-Monfa (24 November 1864 – 9 September 1901), also known as Henri de Toulouse-Lautrec (French: [ɑ̃ʁi də tuluz lotʁɛk]), was a French painter, printmaker, draughtsman, caricaturist, and illustrator whose immersion in the colourful and theatrical life of Paris in the late 19th century allowed him to produce a collection of enticing, elegant, and provocative images of the modern, sometimes decadent, affairs of those times. Toulouse-Lautrec is among the best-known painters of the Post-Impressionist period, with Cézanne, Van Gogh, and Gauguin. In a 2005 auction at Christie's auction house, La Blanchisseuse, his early painting of a young laundress, sold for US$22.4 million and set a new record for the artist for a price at auction.

Henri Marie Raymond de Toulouse-Lautrec-Monfa was born at the Hôtel du Bosc in Albi, Tarn, in the Midi-Pyrénées region of France, the firstborn child of Alphonse Charles Comte de Toulouse-Lautrec-Monfa (1838–1913) and his wife Adèle Zoë Tapié de Celeyran (1841–1930). The last part of his name means he was a member of an aristocratic family (descendants of the Counts of Toulouse and Odet de Foix, Vicomte de Lautrec and the Viscounts of Montfa, a village and commune of the Tarn department of southern France, close to the cities of Castres and Toulouse). His younger brother was born in 1867, but died the following year. If he had outlived his father, Henri would have succeeded to the family title of Comte.

After the death of his brother, Henri's parents separated and a nanny eventually took care of him. At the age of eight, Henri went to live with his mother in Paris where he drew sketches and caricatures in his exercise workbooks. The family quickly realized that Henri's talents lay in drawing and painting. A friend of his father, René Princeteau, visited sometimes to give informal lessons. Some of Henri's early paintings are of horses, a speciality of Princeteau, and a subject Lautrec revisited in his "Circus Paintings".

In 1875, Toulouse-Lautrec returned to Albi because his mother had concerns about his health. He took thermal baths at Amélie-les-Bains and his mother consulted doctors in the hope of finding a way to improve her son's growth and development.

Toulouse-Lautrec's parents, the Comte and Comtesse, were first cousins (his grandmothers were sisters), and he suffered from congenital health conditions sometimes attributed to a family history of inbreeding.

At age 13, Toulouse-Lautrec fractured his right femur. At age 14, he fractured his left. The breaks did not heal properly. Modern physicians attribute this to an unknown genetic disorder, possibly pycnodysostosis (sometimes known as Toulouse-Lautrec Syndrome), or a variant disorder along the lines of osteopetrosis, achondroplasia, or osteogenesis imperfecta. Rickets aggravated by praecox virilism has also been suggested. Afterwards, his legs ceased to grow, so that as an adult he was extremely short (1.42 m or 4 ft 8 in). He developed an adult-sized torso, while retaining his child-sized legs. Additionally, he is reported to have had hypertrophied genitals.

Physically unable to participate in many activities enjoyed by males his age, Toulouse-Lautrec immersed himself in art. He became an important Post-Impressionist painter, art nouveau illustrator, and lithographer, and, through his works, recorded many details of the late-19th-century bohemian lifestyle in Paris. Toulouse-Lautrec contributed a number of illustrations to the magazine Le Rire during the mid-1890s.