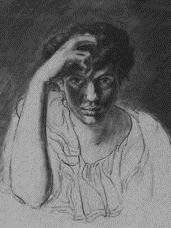 Born to a distinguished family of Versailles, he received his artistic training at the Académie Julian from the impressionists Alfred Philippe Roll and Henri Gervex.

At the Académie Julian he met Émile Bernard and Paul Sérusier in 1892, shortly afterwards becoming a member of their artist group, Les Nabis.

Like many other Nabi he spent the summers from 1888-1897 in Brittany, some sources record that he met Bernard and Sérusier there. He became Le Nabi sculpteur: the sculptor of the group. In fact many sources refer to him solely as sculptor.