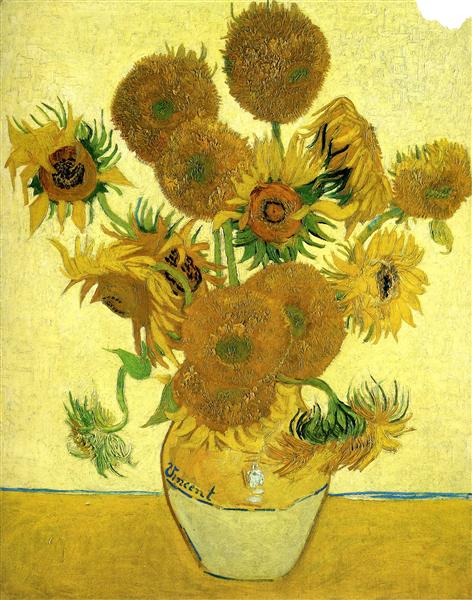 The term Post-Impressionism was first used by art critic Roger Fry in 1906. Critic Frank Rutter in a review of the Salon d'Automne published in Art News, 15 October 1910, described Othon Friesz as a "post-impressionist leader"; there was also an advert for the show The Post-Impressionists of France. Three weeks later, Roger Fry used the term again when he organized the 1910 exhibition, Manet and the Post-Impressionists, defining it as the development of French art since Manet.

Post-Impressionists extended Impressionism while rejecting its limitations: they continued using vivid colours, often thick application of paint, and real-life subject matter, but were more inclined to emphasize geometric forms, distort form for expressive effect, and use unnatural or arbitrary colour.

The Post-Impressionists were dissatisfied with what they felt was the triviality of subject matter and the loss of structure in Impressionist paintings, though they did not agree on the way forward. Georges Seurat and his followers concerned themselves with Pointillism, the systematic use of tiny dots of colour. Paul Cézanne set out to restore a sense of order and structure to painting, to "make of Impressionism something solid and durable, like the art of the museums". He achieved this by reducing objects to their basic shapes while retaining the saturated colours of Impressionism. The Impressionist Camille Pissarro experimented with Neo-Impressionist ideas between the mid-1880s and the early 1890s. Discontented with what he referred to as romantic Impressionism, he investigated Pointillism, which he called scientific Impressionism, before returning to a purer Impressionism in the last decade of his life. Vincent van Gogh used colour and vibrant swirling brush strokes to convey his feelings and his state of mind.

Although they often exhibited together, Post-Impressionist artists were not in agreement concerning a cohesive movement. Yet, the abstract concerns of harmony and structural arrangement, in the work of all these artists, took precedence over naturalism. Artists such as Seurat adopted a meticulously scientific approach to colour and composition.

Younger painters during the early 20th century worked in geographically disparate regions and in various stylistic categories, such as Fauvism and Cubism, breaking from Post-Impressionism.

The term was used in 1906, and again in 1910 by Roger Fry in the title of an exhibition of modern French painters: Manet and the Post-Impressionists, organized by Fry for the Grafton Galleries in London. Three weeks before Fry's show, art critic Frank Rutter had put the term Post-Impressionist in print in Art News of 15 October 1910, during a review of the Salon d'Automne, where he described Othon Friesz as a "post-impressionist leader"; there was also an advert in the journal for the show The Post-Impressionists of France.