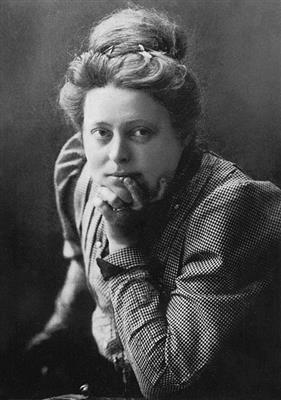 Nadežda Petrović (Serbian Cyrillic: Надежда Петровић; 11/12 October 1873 – 3 April 1915) was a Serbian painter and one of the women war photography pioneers in the region. Considered Serbia's most famous impressionist and fauvist, she was the most important Serbian female painter of the period. Born in the town of Čačak, Petrović moved to Belgrade in her youth and attended the women's school of higher education there. Graduating in 1891, she taught there for a period beginning in 1893 before moving to Munich to study with Slovenian artist Anton Ažbe. Between 1901 and 1912, she exhibited her work in many cities throughout Europe.


In the later years of her life, Petrović had little time to paint and produced only a few works. In 1912, she volunteered to become a nurse following the outbreak of the Balkan Wars. She continued nursing Serbian soldiers until 1913, when she contracted typhus and cholera. She earned a Medal for Bravery and an Order of the Red Cross for her efforts. With the outbreak of World War I she again volunteered to become a nurse with the Serbian Army, eventually dying of typhus on 3 April 1915.


Nadežda Petrović was born in Čačak, Principality of Serbia on 11 or 12 October 1873 to Dimitrije and Mileva Petrović. She had nine siblings, including Rastko Petrović the writer and diplomat. Her mother Mileva was a school teacher and a relative of prominent Serbian politician Svetozar Miletić. Her father taught art and literature and was fond of collecting artworks and later went on to work as a tax collector and write about painting. He fell ill in the late 1870s, forcing the family to move to the town of Karanovac (modern-day Kraljevo) before their eventual relocation to Belgrade in 1884. The home in which they lived was later destroyed by the Luftwaffe during World War II. Showing signs of being a talented artist, Petrović was later mentored by Đorđe Krstić and attended the women's school of higher education, from where she graduated in 1891. In 1893, she became an art teacher at the school and later taught at the women's university in Belgrade. Afterwards, she obtained a stipend from the Serbian Ministry of Education to study art in the private school of Anton Ažbe in Munich. Here, she met painters Rihard Jakopič, Ivan Grohar, Matija Jama, Milan Milovanović, Kosta Milićević, and Borivoje Stevanović. She also encountered modern art pioneers such as Wassily Kandinsky, Alexej von Jawlensky, Julius Exter, and Paul Klee, and was deeply moved by their work. While in Munich, she regularly sent letters to her parents in Serbia and always asked for them to send her newspapers and books detailing the latest happenings in the country. Her dedication to her artwork took a toll on her personal life, and in 1898 she called off her engagement to a civil servant after the man's mother sought an unacceptably high dowry. Petrović returned to Serbia in 1900 and regularly visited museums and galleries, attended concerts and theatre productions. She also dedicated much of her time to learning foreign languages. Her first individual exhibit took place in Belgrade that same year. She also helped organize the First Yugoslav Art Exhibit, and the First Yugoslav Art Colony. In 1902, Petrović began teaching at the women's school of higher education. The following year she co-founded of the Circle of Serbian Sisters, a humanitarian organization dedicated to helping ethnic Serbs in Ottoman-controlled Kosovo and Macedonia. In 1904 Petrović retreated to her family home Resnik, where she focused on her paintings. One of her most famous works, Resnik, was completed during her stay here. Over the next several years, she became involved in Serbian patriotic circles. She gathered material help for the poor people in Old Serbia and protested the Austro-Hungarian annexation of Bosnia and Herzegovina. In 1910, she travelled to Paris to visit her friend, the sculptor Ivan Meštrović. Staying in France until she heard the news of her father's death, she returned to Serbia in April 1911. Upon her return, she resumed teaching at the women's school of higher education.