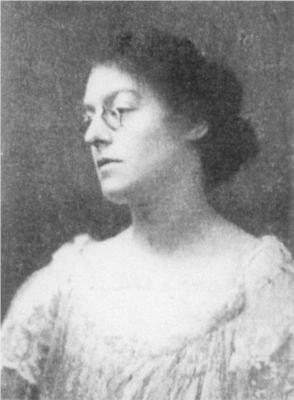 Ethel Carrick (February 7, 1872 – June 17, 1952), also known by her married name of Ethel Carrick Fox, was an English-born Impressionist and Post-Impressionist painter. Much of her career was spent in France and in Australia, where she was associated with the movement known as the Heidelberg School.

Ethel Carrick was born in Uxbridge, Middlesex, to Emma (Filmer) Carrick and Albert William Carrick, a draper. She trained in London at the Guildhall School of Music and at the Slade School of Fine Art under Henry Tonks (ca. 1898-1903).

She married the Australian Impressionist painter Emanuel Phillips Fox in 1905. They moved to Paris, where they remained until 1913. She travelled widely in Europe, North Africa, and the South Pacific (e.g. Tahiti) during this period and made trips to Australia in 1908 and 1913.

The outbreak of World War I brought Carrick and her husband to Melbourne, Australia, where they did organizing work to raise war funds from artists and to support the French Red Cross.

Emanuel died of cancer in 1915, and the following year Carrick began two decades of travels that took her through the Middle East, South Asia (e.g. India), and Europe. She returned intermittently to Australia to exhibit her work and go out on painting expeditions around the country. In the 1920s, she was recommended by the Académie de la Grande Chaumière in Paris as a private teacher of still life painting, and she counted a number of Australians and Americans in Paris among her students.

Mainly a painter, Carrick is known for her flower paintings, landscapes and scenes of outdoor urban life in parks and on beaches. Some of these draw on her international travels, such as her paintings of outdoor markets in the Middle East and elsewhere. In the 1920s, she began painting flower studies, which overall are more conventional than her earlier work. In the 1930s, she created some lithographs, and during World War II, which she spent in Australia, she painted some scenes of women war workers.

Carrick began as an Impressionist plein air painter but fairly quickly moved to a more Post-Impressionist style featuring blockier compositions and sharper color contrasts. Some of the works produced around 1911-12 are distinctly Fauvist in their strong colors, high abstraction, and loose handling of the paint. Her canvases of urban life tend to be dense with human activity and feature patches of vibrant color.

Carrick first showed her work in London in 1903. She exhibited at the Paris Salon d'Automne (from 1906 on), the London Royal Academy of Arts, the Société Nationale des Beaux-Arts (from 1906 on), and various progressive galleries in Melbourne and Sydney, Australia (from 1908 on). In addition to her own solo and group exhibitions, she was in dual shows with her husband at the Melbourne Athenaeum in 1914 and again in 1944. In 1911, she became sociétaire of the Salon d'Automne, and she served as a jury member from 1912 to around 1925, both unusual positions for women to hold and marks of the high regard in which she was held by the Paris art world. Prior to World War I, she also served as the vice-president of the International Union of Women Artists. Late in her career, in the 1940s and 1950s, she exhibited with the Melbourne Society of Women Painters and Sculptors.