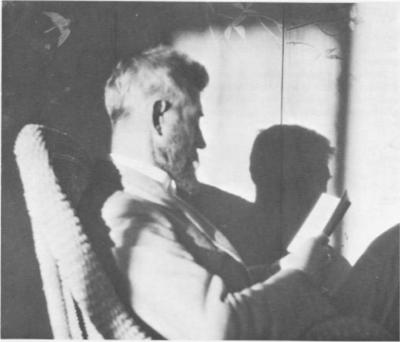 Pieter Willem Frederick Wenning (9 September 1873 – 24 January 1921) was a South African painter and etcher, considered to be the progenitor of the style of Cape Impressionism.

Pieter Wenning was born in The Hague, the son of Heerke and Elizabeth Wenning. The family moved to Leeuwarden when Wenning was aged five years. His father owned a shop where he dealt in artists' materials, pictures and prints. He also had a cousin, Ype Wenning, who was a well known Frisian painter, thus coming into contact with painting at an early age.

Wenning was sent to the Hogere Burgerschool where the art teacher, a Mr. H. Bubberman, discerned the boy's talent and encouraged him. Despite Bubberman's persuasions, Wenning's parents were dubious and steered him towards a position at headquarters of the Hollandsch Ijzeren Spoorweg Maatschappij in Amsterdam, where he gained rapid promotion and was transferred to an administrative post in Zaandam. His sympathies with the plight of the Dutch poor became his undoing, when, in 1903, he participated in a general strike in solidarity with blue-collar railroad workers. The strike was suppressed and he was summarily dismissed.

Wenning had married a young widow, Johanna Hillegonda Kramer, on 3 September 1898, and she had two children from a previous marriage. To support his family he obtained employment with the firm of J. H. de Bussy in Amsterdam, the largest publishing house in the Netherlands. When the offer came of a position as a clerk in a bookshop in South Africa, he leapt at the opportunity. The firm of H.A.U.M. de Bussy & Jacques Dusseau appointed him to the de Bussy branch in Pretoria.

The family sailed from the East India Docks, London on 12 May 1905 and arrived at Cape Town on 4 June 1905. From there they sailed to Durban and travelled to Pretoria by rail, arriving in mid-June 1905.

Wenning and his family lived in a wood and iron cottage in Rietfontein on the outskirts of Pretoria. He sold books, stationary, prints and artist's materials, earning £17 a month. Unable to afford the materials for painting, he drew incessantly and through diligent saving, eventually imported a second-hand etching press from the Netherlands, with which he became a pioneer in etching in South Africa. It was also at Rietfontein, around 1909, where Wenning began experimenting with oils.

After four years in Rietfontein, Wenning was able to rent a property in Rissik Street, Pretoria. It was shortly after this that he contracted malaria, an insidious disease in Pretoria of the early twentieth century. He recovered, but would suffer the consequences to his heart for the rest of his life.

Through the bookshop, Wenning became acquainted with a number of Pretoria personalities, who decided to form a society they called The Individualists. Wenning became secretary. It is known that Pierneef and George Smithard were also founding members.

The group was formed towards the middle of 1911, and held their first exhibition on 20 November 1911. Other early members were Marcelle Piltan, Selina Harding, Madge Cook, Nina Murray, Sydney Stent and Mr G. Schild. In 1912, Miss G. Anderson and Mr. J.L. Gartner were added and Fanie Eloff was invited to exhibit with them.