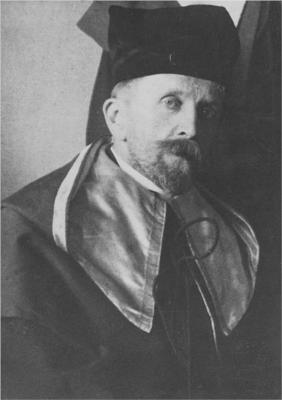 Born in the village of Bohdanów (in what is now Belarus), Ruszczyc originally studied law at the University of St. Petersburg, but then switched majors and began taking painting classes at the Imperial Academy of Arts. He was a student of the famous Russian landscape painters Ivan Shishkin and Arkhip Kuindzhi. Ruszczyc travelled to the Crimea to paint seascapes, and later to the Baltic islands and Sweden to paint northern landscapes. He visited Berlin, where he was significantly influenced by the Symbolist painters such as Arnold Bocklin. After graduation, Ruszczyc made extensive tours of Western Europe incorporating much of the styles he came across into his own art.

Together with Kazimierz Stabrowski, Xawery Dunikowski, Konrad Krzyżanowski and Karol Tichy (pl), Ruszczyc helped develop the Warsaw School of Fine Arts, where he taught for a while. In 1907–08 he held the chair of landscape painting at the Kraków Academy of Fine Arts.

In 1908, with Józef Mehoffer, Ruszczyc organized an exhibition of Polish painting in Vienna. He then settled in Vilnius, where he devoted himself to teaching. One of his students of that time was famous Russian and Soviet sculptor Isaac Itkind. https://en.wikipedia.org/wiki/Sergei_Volnukhin Ruszczyc also organized cultural events, and worked as a graphic designer, poster designer and illustrator. As a costume designer, he participated in several performances of the municipal theater, and he was a member of the "Committee for the Conservation of the Adam Mickiewicz Monument". In 1918 and 1919 he participated in the founding of the Faculty of Fine Arts at Stephan Batory University, where he was elected as the first Dean. Czeslaw Znamierowski was one of his most notable students there.