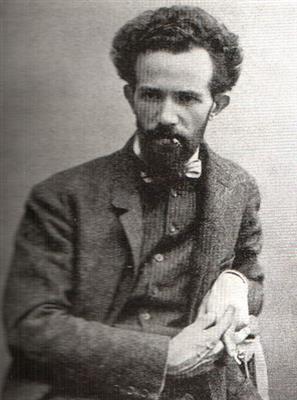 Murashko was born in Kiev. His stepfather, Oleksandr Ivanovych Murashko, had an icon-painting workshop and worked on the interior of St Volodymyr's Cathedral.

In 1894, with recommendations from several prominent artists, he entered the Imperial Academy of Arts in St Petersburg. In 1896 he became a student of Ilya Repin; he is one of those depicted in Yelena Makovskaya-Luksch's group portrait, Repin's Students. In 1901 he travelled abroad, visiting Germany, where he studied with Anton Ažbe in Munich, Italy, and France, where he was greatly influenced.

Murashko became a successful artist; he has been called "the most important Ukrainian artist of the turn of the century". His painting Carousel won the gold medal at the Munich Exposition in 1909, and he exhibited in Venice, Rome, Amsterdam, Berlin, Cologne, and Düsseldorf.

From 1909 to 1912 Murashko taught at the Kiev Art School (uk). In 1913 he opened his own studio, where many young Jewish artists were trained, including Mark Epstein. He had a great influence on Kazimir Malevich.

He was a patriotic Ukrainian, one of the adherents of the "Young Muse" movement which was started in 1906 by Modernists who drew on developments elsewhere in Europe to make Ukrainian art more progressive. He founded the Association of Kiev Artists in 1916 and the following year co-founded the Ukrainian State Academy of Arts (uk).

In 1909 Murashko married Marguerite Kruger, a notary's daughter. In 1910, after his father's death, he bought a small house in the Kiev suburb of Lukyanivka. He was taken away from the house, apparently by a street gang, and shot from behind on June 14, 1919. His funeral was well attended and he was buried in Lukyanovsky Cemetery.

Originally a realist in the style of the Peredvizhniki, Murashko later painted in a "refined", Impressionist style influenced by his time in Munich and Paris. His Modernism in turn influenced later Ukrainian artists in the Socialist Realist period. His works are less often narrative and unusually expressive for Ukrainian paintings of the time.