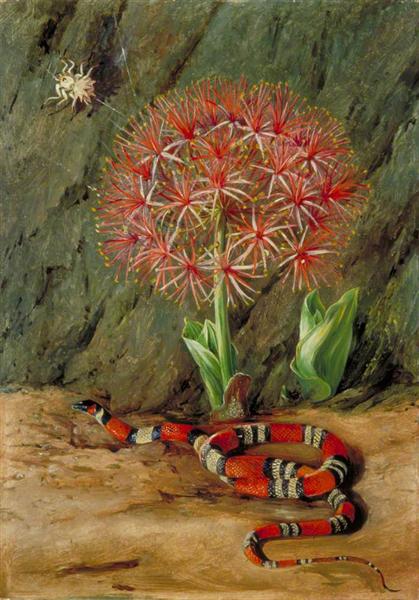 Realism in the arts is the attempt to represent subject matter truthfully, without artificiality and avoiding artistic conventions, implausible, exotic and supernatural elements.

Realism has been prevalent in the arts at many periods, and is in large part a matter of technique and training, and the avoidance of stylization. In the visual arts, illusionistic realism is the accurate depiction of lifeforms, perspective, and the details of light and colour. Realist works of art may emphasize the mundane, ugly or sordid, such as works of social realism, regionalism, or kitchen sink realism.

There have been various realism movements in the arts, such as the opera style of verismo, literary realism, theatrical realism and Italian neorealist cinema. The realism art movement in painting began in France in the 1850s, after the 1848 Revolution. The realist painters rejected Romanticism, which had come to dominate French literature and art, with roots in the late 18th century.

Realism is the precise, detailed and accurate representation in art of the visual appearance of scenes and objects i.e., it is drawn in photographic precision. Realism in this sense is also called naturalism, mimesis or illusionism. Realistic art was created in many periods, and it is in large part a matter of technique and training, and the avoidance of stylization. It becomes especially marked in European painting in the Early Netherlandish painting of Jan van Eyck and other artists in the 15th century. However such "realism" is often used to depict, for example, angels with wings, which were not things the artists had ever seen in real life. Equally, 19th-century Realism art movement painters such as Gustave Courbet are by no means especially noted for precise and careful depiction of visual appearances; in Courbet's time that was more often a characteristic of academic painting, which very often depicted with great skill and care scenes that were contrived and artificial, or imagined historical scenes. It is the choice and treatment of subject matter that defines Realism as a movement in painting, rather than the careful attention to visual appearances. Other terms such as naturalism, naturalistic and "veristic" do not escape the same ambiguity, though the distinction between "realistic" (usually related to visual appearance) and "realist" is often useful, as is the term "illusionistic" for the accurate rendering of visual appearances.

The development of increasingly accurate representation of the visual appearances of things has a long history in art. It includes elements such as the accurate depiction of the anatomy of humans and animals, of perspective and effects of distance, and of detailed effects of light and colour. The Art of the Upper Paleolithic in Europe achieved remarkably lifelike depictions of animals, and Ancient Egyptian art developed conventions involving both stylization and idealization that nevertheless allowed very effective depictions to be produced very widely and consistently. Ancient Greek art is commonly recognised as having made great progress in the representation of anatomy, and has remained an influential model ever since. No original works on panels or walls by the great Greek painters survive, but from literary accounts, and the surviving corpus of derivative works (mostly Graeco-Roman works in mosaic) it is clear that illusionism was highly valued in painting. Pliny the Elder's famous story of birds pecking at grapes painted by Zeuxis in the 5th century BC may well be a legend, but indicates the aspiration of Greek painting. As well as accuracy in shape, light and colour, Roman paintings show an unscientific but effective knowledge of representing distant objects smaller than closer ones, and representing regular geometric forms such as the roof and walls of a room with perspective. This progress in illusionistic effects in no way meant a rejection of idealism; statues of Greek gods and heroes attempt to represent with accuracy idealized and beautiful forms, though other works, such as heads of the famously ugly Socrates, were allowed to fall below these ideal standards of beauty. Roman portraiture, when not under too much Greek influence, shows a greater commitment to a truthful depiction of its subjects.