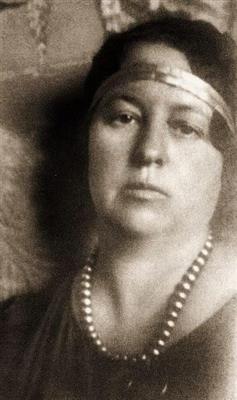 Jessie Hazel Arms Botke (May 27, 1883 – October 2, 1971) was an Illinois and California painter noted for her bird images and use of gold leaf highlights.


Jessie Arms Botke was born in Chicago,Illinois to William Aldis and Martha (Cornell) Arms, and attended the Chicago Art Institute in 1897-98 and again from 1902 to 1905. She took summer classes from artists John Christen Johansen and Charles Herbert Woodbury and continued working with the renowned Albert Herter, who had the most influence in shaping her approach to composition and color. Following a short trip to Europe in 1909, she returned to her parents Chicago residence and officially listed her profession as “artist, interior decorating.” She worked as a muralist in New York City (1911) and in San Francisco (1913-14). She married Cornelius Botke in April 1915 and gave birth a year later to their only child, William. She and her husband moved to Carmel-by-the-Sea, California in 1919 and became influential figures in the local art colony until they moved to Southern California in 1927. During her career she was a prolific exhibitor. She was an exhibitor and secretary of the California Art Club. She ran her family’s ranch at Wheeler Canyon in Santa Paula, while continuing to paint. Jessie Arms Botke died on October 4, 1971 in Santa Paula, California.


Inspired by early work as a designer of woven tapestries, Botke's art often featured birds, particularly white peacocks, geese and cockatoos. Later in her career, she moved from oils to watercolors, and also focused on still lives.


Botke exhibited regularly throughout the United States during her lifetime. Her work has also been exhibited posthumously at the Irvine Museum and the Museum of Ventura County.