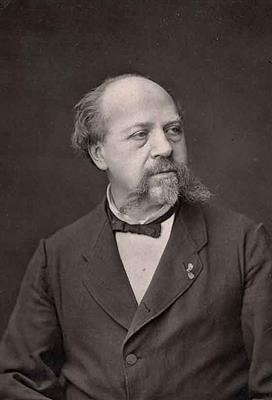 August Friedrich Albrecht Schenck (April 23, 1828 – January 1, 1901) was a German painter. He was both French and German by nationality.


Schenk was born in Glückstadt. As a pupil of Léon Cogniet he moved to France. He became well known for his landscapes and paintings of animals. Anguish, perhaps his most famous painting, shows an ewe grieving over the dead body of her lamb as they are encircled by black crows. His works were first shown in 1855. In 1885 he became knight of the Legion of Honour. Schenk died in Écouen near Paris.