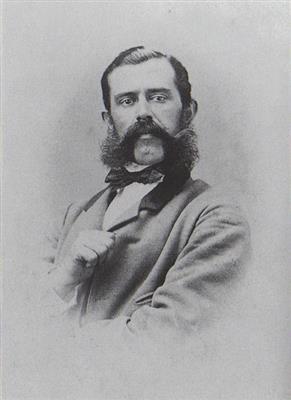 
Kanitz was born in Budapest to a rich Jewish family and enrolled in art in the University of Vienna in 1846, at the age of seventeen. He travelled extensively after 1850, visiting Germany, France, Belgium and Italy. He settled in Vienna in 1856 and undertook a journey to Dalmatia in the Balkans in 1858, which marked the beginning of his thorough research of the South Slavs. Apart from Dalmatia, he also visited Herzegovina, Bosnia, Montenegro, Serbia and Bulgaria. He worked on the topic until 1889, the knowledge he gathered being evaluated as particularly important for the period. A good painter and drawer, Kanitz was also the author of a number of black and white drawings related to the life in the Balkans. Born a Jew, he later converted to Christianity.


Between 1870 and 1874 he was the first custodian of the Anthropologisch-Urgeschichtliches Museum in Vienna. He died in the Austrian capital on 8 January 1904.


Kanitz is regarded as one of the first profound ethnographers of the South Slavs. As such, he has earned great respect particularly in modern Serbia and Bulgaria.