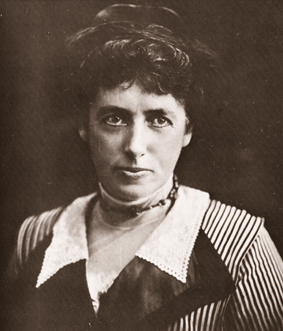 
Frances Mary Hodgkins (28 April 1869 – 13 May 1947) was a painter chiefly of landscape and still life, and for a short period was a designer of textiles. She was born in New Zealand, but spent most of her working life in Britain. She is considered one of New Zealand's most prestigious and influential painters, although it is the work from her life in Europe, rather than her home country, on which her reputation rests.


Hodgkins was born in Dunedin, New Zealand in 1869, the daughter of Rachel Owen Parker and W. M. Hodgkins, a lawyer, amateur painter, and a leading figure in the city's art circles.


As a girl she and her sister, Isabel (later Field) attended Braemar House, a private girls' secondary school; both sisters demonstrated artistic talent early on and each became a successful landscape painter in her own right. Hodgkins first exhibited rural genre scenes and portraits in 1890 at art societies in Christchurch and Dunedin. In 1893, she became a student of Girolamo Nerli and painted numerous studies of female sitters, one of which earned her the New Zealand Academy of Arts' prize for painting from life in 1895 (Head of an Old Woman). Hodgkin's Maori paintings are, like many by Ellen von Meyern and Gottfried Lindauer, associated with symbolic portraits of demure females with or without a child. In 1895–96 she attended the Dunedin School of Art and subsequently became an art teacher, earning money to study in England.


In 1901 Hodgkins left New Zealand for Europe, enrolling in art school in London but also travelling and painting in France, the Netherlands, Italy and Morocco in the company of friend and fellow artist Dorothy Kate Richmond; whom she described as "the dearest woman with the most beautiful face and expression. I am a lucky beggar to have her as a travelling companion." While in Britain she intermittently met up with Margaret Stoddart, another expatiate artist. In 1903, one of Hodgkins' watercolors from this period (Fatima) became the first work by a New Zealander to be hung "on the line" at the Royal Academy of Arts in London.


She returned to New Zealand in 1903 and established a teaching studio in Wellington, where she held a joint exhibition with Richmond in 1904. Among her pupils was Edith Kate Bendall, lover of Katherine Mansfield. In the same year Hodgkins became engaged to a British man, T. Boughton Wilby, but the engagement was broken off and she returned to London in 1906 to pursue her artistic career.


In Europe, Hodgkins held her first solo show at the Paterson's Gallery in London in 1907 and moved to Paris in 1908. In 1910 she began teaching in Paris at Colarossi's academy as the first woman to be appointed instructor in the school. She also founded the School for Water Color. During this time she exhibited numerous watercolors at the Paris salon and came in contact with Canadian artist, Emily Carr, whom she taught while working on seascapes at Concarneau in Brittany.


During World War I she spent some time in Zennor, Cornwall, where she worked with the Swansea painter, Cedric Morris, who painted her portrait in 1917. She herself began to paint in oils in 1915.