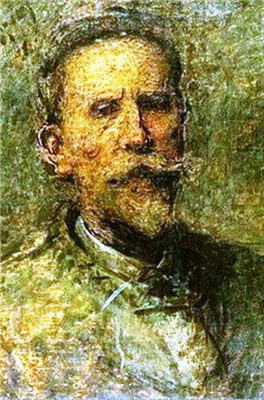 
The son of a gardener at the Royal Palace of Laeken, Mellery initially worked with the painter-decorator Charles Albert. He attended the Académie Royale des Beaux-Arts in Brussels from 1860 to 1867, one of his professors being Jean-François Portaels. Mellery won the Prix de Rome and traveled to Italy where he studied paintings from the Renaissance. His works include The Rondo of the Hours.


Mellery designed the statues of all 48 historical professions in the Petit Sablon garden in Brussels.