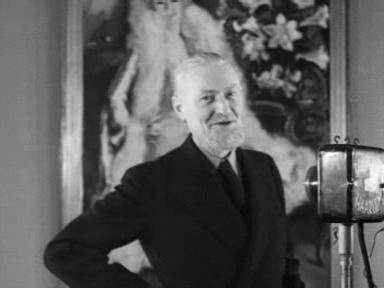 Cornelis Theodorus Maria 'Kees' van Dongen (26 January 1877 – 28 May 1968) was a Dutch-French painter who was one of the leading Fauves. Van Dongen's early work was influenced by the Hague School and symbolism and it evolved gradually into a rough pointillist style. From 1905 onwards - when he took part at the controversial 1905 Salon d'Automne exhibition - his style became more and more radical in its use of form and colour. The paintings he made in the period of 1905-1910 are considered by some to be his most important works. The themes of his work from that period are predominantly centered around the nightlife; he paints dancers, singers, masquerades and theatre. Van Dongen gained a reputation for his sensuous - at times garish - portraits of especially women.

Kees van Dongen was born in Delfshaven, then on the outskirts, and today a borough, of Rotterdam. He was the second of four children in a middle-class family. In 1892, at age 16, Kees van Dongen started his studies at the Royal Academy of Fine Arts in Rotterdam, working with J. Striening and J.G. Heyberg. During this period (1892–97), van Dongen frequented the Red Quarter seaport area, where he drew scenes of sailors and prostitutes. He met Augusta Preitinger at the Academy, a fellow painter.

In 1897, van Dongen lived in Paris for several months, where there was a large emigre community. In December 1899 he returned from Rotterdam to Paris, where Preitinger had moved before him and found work.

He returned to join Augusta Preitinger ("Guus"), whom he had met at the Academy. They married on 11 July 1901. They had two children together: a son died a couple of days after birth in December 1901; their daughter Augusta, called "Dolly", was born 18 April 1905. Around that time, van Dongen produced a painting of Fernande Olivier, which was the reason why — according to Gertrude Stein in The Autobiography of Alice B. Toklas — he broke into notoriety. Apparently, according to Stein:

Guus took Dolly to see their families in Rotterdam in the summer of 1914, where they were caught by the outbreak of World War I. They were not able to return to Paris until 1918. Preitinger and van Dongen divorced in 1921.

In 1917, van Dongen had become involved with a married socialite, the fashion director Léa Alvin, also known as Jasmy Jacob. Their relationship lasted until 1927.

Van Dongen began to exhibit in Paris, and participated in the controversial 1905 Salon d'Automne exhibition along with Henri Matisse, André Derain, Albert Marquet, Maurice de Vlaminck, Charles Camoin, and Jean Puy. The bright colours of this group of artists led to them being called Fauves ('Wild Beasts') by art critic Louis Vauxcelles. Van Dongen was also briefly a member of the German Expressionist group Die Brücke.

In these years he was part of an avant-garde wave of painters, including Maurice de Vlaminck, Othon Friesz, Henri Rousseau, Robert Delaunay, Albert Marquet, Édouard Vuillard, who aspired to a renewal of painting which they thought was stuck in neo-impressionism.