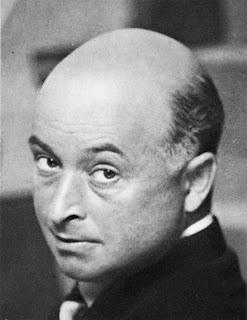 Louis Marcoussis, formerly Ludwik Kazimierz Wladyslaw Markus or Ludwig Casimir Ladislas Markus, (1878 or 1883, Łódź – October 22, 1941, Cusset) was a painter and engraver of Polish origin who lived in Paris for much of his life and became a French citizen.

After studying law briefly in Warsaw he went to the Kraków Academy of Fine Arts, where his teachers included Jan Stanislawski and Jozev Mehoffer. Moving to Paris in 1903, he spent a short time at the Académie Julian under Jules Lefebvre. The first time a painting of his was shown in a major exhibition was at the Salon d'Automne in 1905, and over the next quarter-century his work was shown in many other important exhibitions, in particular at the Salon des Indépendants and the Salon des Tuileries.

He drew cartoons for satirical journals, as he had earlier in Poland. In Paris he needed to earn his own living, and also took on other drawing and illustration work. In the cafés of Montmartre and Montparnasse he got to know Apollinaire, Braque, Degas, Picasso and many more artists and writers. It was Apollinaire who suggested Markus' French name, Marcoussis, after a village not far from Paris.

Impressionism influenced his early paintings, but from about 1911 he was part of the Cubist movement alongside other avant-garde painters like Picasso, Braque, Juan Gris and those of the Section d'Or. His work was shown in exhibitions in many European cities and in the US. In 1925 he had his first solo exhibition in Paris. As well as painting still lifes and musical instruments in the Cubist manner, he also produced portraits, views of Paris, and images from the Breton seaside.

In 1913 he had married Alice Halicka, a painter who came from Kraków. Their daughter Malène was born in 1922. Marcoussis served in a Polish company of the French Foreign Legion from 1914-1919. He became a French citizen, while also staying in touch with Poland, both personally and professionally. He did not generally talk about his Jewish ancestry, and his family had converted to Catholicism, but today Marcoussis is often described as a Jewish artist.

From 1930 onwards, much as his friend Clément Serveau, he concentrated on printmaking and illustration, including work inspired by Apollinaire's Alcool, Tzara's Indicateur des chemins de cœur, and Éluard's Lingères légères and Aurélia. In the late 1930s Marcoussis collaborated with Spanish surrealist Joan Miró and taught him etching techniques. He also taught at the Académie Schlaefer.

After Nazi troops arrived in Paris in 1940, Marcoussis and Alice moved to Cusset near Vichy. He died there on 22 October 1941.