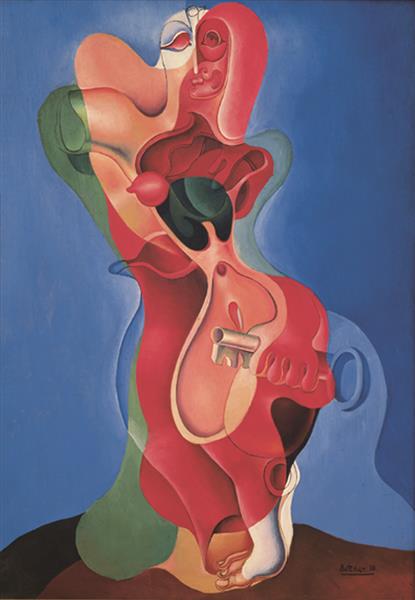 Modernism is a philosophical movement that, along with cultural trends and changes, arose from wide-scale and far-reaching transformations in Western society during the late 19th and early 20th centuries. Among the factors that shaped modernism were the development of modern industrial societies and the rapid growth of cities, followed then by reactions of horror to World War I. Modernism also rejected the certainty of Enlightenment thinking, and many modernists rejected religious belief.

Modernism, in general, includes the activities and creations of those who felt the traditional forms of art, architecture, literature, religious faith, philosophy, social organization, activities of daily life, and even the sciences, were becoming ill-fitted to their tasks and outdated in the new economic, social, and political environment of an emerging fully industrialized world. The poet Ezra Pound's 1934 injunction to "Make it new!" was the touchstone of the movement's approach towards what it saw as the now obsolete culture of the past. In this spirit, its innovations, like the stream-of-consciousness novel, atonal (or pantonal) and twelve-tone music, divisionist painting and abstract art, all had precursors in the 19th century.

A notable characteristic of modernism is self-consciousness and irony concerning literary and social traditions, which often led to experiments with form, along with the use of techniques that drew attention to the processes and materials used in creating a painting, poem, building, etc. Modernism explicitly rejected the ideology of realism and makes use of the works of the past by the employment of reprise, incorporation, rewriting, recapitulation, revision and parody.

Some commentators define modernism as a mode of thinking—one or more philosophically defined characteristics, like self-consciousness or self-reference, that run across all the novelties in the arts and the disciplines. More common, especially in the West, are those who see it as a socially progressive trend of thought that affirms the power of human beings to create, improve and reshape their environment with the aid of practical experimentation, scientific knowledge, or technology. From this perspective, modernism encouraged the re-examination of every aspect of existence, from commerce to philosophy, with the goal of finding that which was 'holding back' progress, and replacing it with new ways of reaching the same end. Others focus on modernism as an aesthetic introspection. This facilitates consideration of specific reactions to the use of technology in the First World War, and anti-technological and nihilistic aspects of the works of diverse thinkers and artists spanning the period from Friedrich Nietzsche (1844–1900) to Samuel Beckett (1906–1989).

According to one critic, modernism developed out of Romanticism's revolt against the effects of the Industrial Revolution and bourgeois values: "The ground motive of modernism, Graff asserts, was criticism of the nineteenth-century bourgeois social order and its world view [...] the modernists, carrying the torch of romanticism." While J. M. W. Turner (1775–1851), one of the greatest landscape painters of the 19th century, was a member of the Romantic movement, as "a pioneer in the study of light, colour, and atmosphere", he "anticipated the French Impressionists" and therefore modernism "in breaking down conventional formulas of representation; [though] unlike them, he believed that his works should always express significant historical, mythological, literary, or other narrative themes."