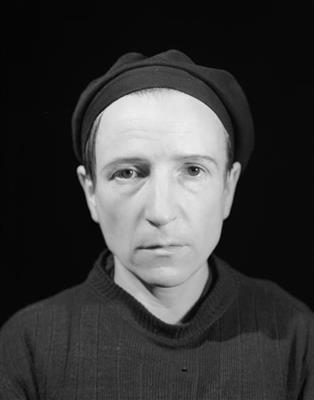 Anton Prinner (1902 – 1983) was a Hungarian, naturalized French painter, engraver and sculptor. Born Anna Prinner in Budapest, Prinner began using the first name Anton when he moved to France in 1928.


From 1920 to 1924, Prinner studied painting at the Academy of Fine Arts under Gyula Rudnay and János Vaszary. He began his constructivism period in 1932 and entered Stanley William Hayter's studio to study engraving. In 1937, he entered his figurative period with the work La Femme taureauen in granite. He created his first wood sculpture, La Femme à la natte, in 1940.


His interest in Egypt inspired him to invent papyrogravure, a technique for printmaking using cardboard instead of the unwieldy copper plates that were prevalent at the time. Using this method, he made his own prints for his work Gravures de l'Apocalypse.


During World War II, the artist Alexandre Heimovits took refuge during a time at Prinner's studio.