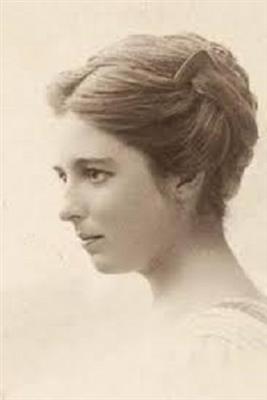 
Dorothea Foster Black (23 December 1891 – 13 September 1951) was an Australian painter and printmaker of the Modernist school, known for being a pioneer of Modernism in Australia.


She was born in the Adelaide suburb of Burnside, the daughter of engineer and architect Alfred Barham Black and Jessie Howard Clark, an amateur artist and daughter of John Howard Clark, editor of the South Australian Register. She attended the South Australian School of Arts and Crafts in about 1909, working in watercolors, and attended Julian Ashton's Sydney Art School in 1915, concentrating on working in oils.


In 1927, Black went to London and attended the Grosvenor School of Modern Art, where she experimented with colour linocut printing while studying under Claude Flight. In 1928, she studied at André Lhote's Academy in Paris and his summer school, and in 1929 with Albert Gleizes, both strong proponents of Cubism.


Black was strongly influenced by the Modernist and Cubist art movements she was exposed to in London and Paris. By the time she returned to Australia, Black had become an active proponent of the Cubist style. She brought the styles back to Australia with her in 1929, and held an exhibition at Macquarie Galleries in Sydney in 1930, the first of six one-woman shows which were to feature her work.


Dorrit Black was interested in creating an environment that would enable others to work in the new styles. She established the Modern Art Centre in Margaret Street, Sydney in 1931, the first gallery in Australia to devote itself to modernism. It was also one of the first galleries in Australia to be established by a woman. Over the next few years, the Modern Art Centre became a "source of inspiration and opening to a wider vision" to artists such as Nancy Hall. It hosted small but significant exhibitions by artists who became important proponents of Australian modernism, including Roland Wakelin, Grace Crowley, Grace Cossington Smith, Ralph Balson and Rah Fizelle.


Black created most of her linocuts in the 1930s. She worked mainly in water-colours in the late 1930s and then returned to working in oils. She settled in Adelaide, South Australia, in the late 1930s with her ageing mother, and painted many landscapes of the Adelaide hills and the south coast.


She is noted for her painting of the Sydney Harbour Bridge as it was being constructed. Black was a finalist for the Archibald Prize for portraiture in 1931. The Art Gallery of South Australia purchased her work Mirmande (1928) in 1940.


Dorrit Black died in the Royal Adelaide Hospital on 13 September 1951, at the age of 59, after a car accident. Her body was cremated following a Unitarian service.


Her work was described by critic Ivor Francis as:
"... deeply respected by the more informed section of Adelaide artists. She has so consistently been artistically cold-shouldered and ignored since her return here about 20 years ago that it is amazing how she maintained the courage to fight on against so much prejudice and misunderstanding. Regarded as not sufficiently "advanced" by one section, and too "modern" by the other, it will be many years before her exceptional talent can be properly appreciated in its right perspective, as it most certainly will be."