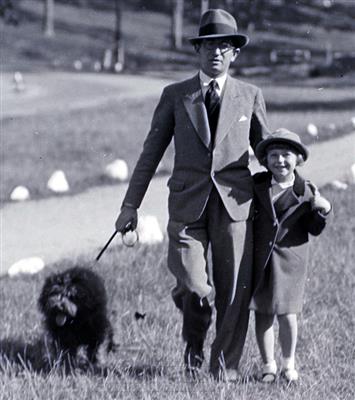 In his day, the Hungarian Martin Munkacsi was one of the most famous photographers in the world. His dynamic photographs of sports, entertainers, politics, and street life in Germany and Hungary from the late 1920s and 1930s, were taken in a new, freewheeling style that captured the speed and movement of the modern era. Many of those early photographs were published in German photo weeklies, where Munkacsi made his reputation doing reportage, often from exotic locales. In 1933, Munkacsi turned his energetic style to fashion photography, making images of models running on the beach. Those pictures revolutionized fashion photography with their informality and vitality. Soon after he was offered a contract by Carmel Snow, the editor of Harper's Bazaar, and he left for New York, where he made his fame and fortune.


Munkácsi was a newspaper writer and photographer in Hungary, specializing in sports. At the time, sports action photography could only be done in bright light outdoors. Munkácsi's innovation was to make sport photographs as meticulously composed action photographs, which required both artistic and technical skill.


Munkácsi's break was to happen upon a fatal brawl, which he photographed. Those photos affected the outcome of the trial of the accused killer, and gave Munkácsi considerable notoriety. That notoriety helped him get a job in Berlin in 1928, for Berliner Illustrirte Zeitung, where his first published photo was a motorcycle splashing its way through a puddle. He also worked for the fashion magazine Die Dame.


More than just sports and fashion, he photographed Berliners, rich and poor, in all their activities. He traveled to Turkey, Sicily, Egypt, London, New York, and Liberia, for photo spreads in Berliner Illustrirte Zeitung.


The speed of the modern age and the excitement of new photographic viewpoints enthralled him, especially flying. There are aerial photographs; there are air-to-air photographs of a flying school for women; there are photographs from a Zeppelin, including the ones on his trip to Brazil, where he crossed over a boat whose passengers wave to the airship above.


On 21 March 1933, he photographed the fateful Day of Potsdam, when the aged President Paul von Hindenburg handed Germany over to Adolf Hitler. On assignment for Berliner Illustrirte Zeitung, he photographed Hitler's inner circle, although he was a Jewish foreigner.


Munkácsi left for New York City, where he signed on, for a substantial $100,000, with Harper's Bazaar, a fashion magazine. He was discovered by Carmel Snow, who in 1933 persuaded him to photograph the Harper's Bazaar December edition's 'Palm Beach' bathing suit editorial. For this editorial, he had the model Lucille Brokaw run toward the camera while he photographed, which was the first instance of a fashion model being photographed in motion.


In a change from usual practice, he often left the studio to shoot outdoors, on the beach, on farms and fields, at an airport. He produced one of the first articles in a popular magazine to be illustrated with nude photographs.


In 1934, the Nazis nationalized Berliner Illustrirte Zeitung, fired its Jewish editor-in-chief, Kurt Korff, and replaced its innovative photography with pictures of German troops. He passed away on July 13, 1963


Munkácsi died in poverty and controversy. Several universities and museums declined to accept his archives, and they were scattered around the world.


Berlin's Ullstein Archives and Hamburg's F. C. Gundlach collection are home to two of the largest collections of Munkácsi's work.


In 1932, the young Henri Cartier-Bresson, at the time an undirected photographer who catalogued his travels and his friends, saw the Munkácsi photograph Three Boys at Lake Tanganyika, taken on a beach in Liberia. Cartier-Bresson later said,