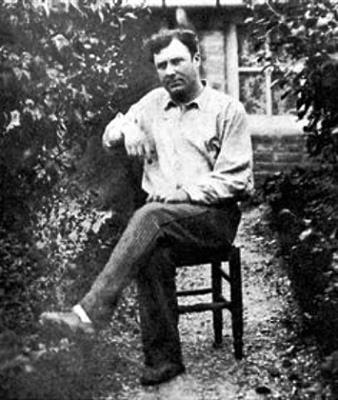 Eugène Atget (French: [adʒɛ]; 12 February 1857 – 4 August 1927) was a French flâneur and a pioneer of documentary photography, noted for his determination to document all of the architecture and street scenes of Paris before their disappearance to modernization. Most of his photographs were first published by Berenice Abbott after his death. Though he sold his work to artists and craftspeople, and became an inspiration for the surrealists, he did not live to see the wide acclaim his work would eventually receive.


Jean-Eugène-Auguste Atget was born 12 February 1857 in Libourne. His father, carriage builder Jean-Eugène Atget, died in 1862, and his mother, Clara-Adeline Atget née Hourlier died shortly after; he was an orphan at age seven. He was brought up by his maternal grandparents in Bordeaux and after finishing secondary education joined the merchant navy.


Atget moved to Paris in 1878. He failed the entrance exam for acting class but was admitted when he had a second try. Because he was drafted for military service he could attend class only part-time, and he was expelled from drama school.


Still living in Paris, he became an actor with a travelling group, performing in the Paris suburbs and the provinces. He met actress Valentine Delafosse Compagnon, who became his companion until her death. He gave up acting because of an infection of his vocal cords in 1887, moved to the provinces and took up painting without success. When he was thirty he made his first photographs, of Amiens and Beauvais, which date from 1888.


In 1890, Atget moved back to Paris and became a professional photographer, supplying documents for artists: studies for painters, architects, and stage designers.


Starting in 1898, institutions such as the Musée Carnavalet and the Bibliothèque historique de la ville de Paris bought his photographs. The latter commissioned him ca. 1906 to systematically photograph old buildings in Paris. In 1899 he moved to Montparnasse.


While being a photographer Atget still also called himself an actor, giving lectures and readings.


During World War I Eugène Atget temporarily stored his archives in his basement for safekeeping and almost completely gave up photography. Valentine's son Léon was killed at the front.


In 1920–21, he sold thousands of his negatives to institutions. Financially independent, he took up photographing the parks of Versailles, Saint-Cloud and Sceaux and produced a series of photographs of prostitutes.


Berenice Abbott, while working with Man Ray, visited Atget in 1925, bought some of his photographs, and tried to interest other artists in his work. She continued to promote Atget through various articles, exhibitions and books, and sold her Atget collection to the Museum of Modern Art in 1968.


In 1926, Atget's partner Valentine died,and before he saw the full-face and profile portraits that Abbott took of him in 1927, showing him “slightly stooped…tired, sad, remote, appealing”, Eugène Atget died on August 4th in 1927, in Paris.


Atget took up photography in the late 1880s, around the time that photography was experiencing unprecedented expansion in both commercial and amateur fields.


Atget photographed Paris with a large-format wooden bellows camera with a rapid rectilinear lens, an instrument that was fairly current when he took it up, but which he continued to use even when hand-held and more efficient large-format cameras became available. The optical vignetting often seen at some corners of his photographs is due to his having repositioned the lens relative to the plate on the camera—exploiting one of the features of bellows view cameras as a way to correct perspective and control perspective and keep vertical forms straight. The negatives show four small clear rebates (printing black) where clips held the glass in the plate-holder during exposure. The glass plates were 180×240mm Bande Bleue (Blue Ribbon) brand with a general purpose gelatin-silver emulsion, fairly slow, that necessitated quite long exposures, resulting in the blurring of moving subjects seen in some of his pictures. Interest in Atget's work has prompted the recent scientific analysis of Atget's negatives and prints in Parisian collections and in the Philadelphia Museum of Art