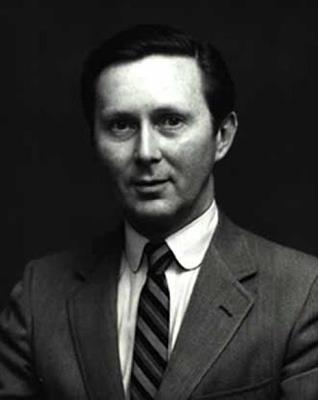 Born in Brooklyn in August 1920, George Tooker grew up in Bellport, a town on the south shore of Long Island. At age seven, he began taking painting lessons with Malcolm Fraser, a professional artist and family friend who had studied at the Académie Julian and École des Beaux-Arts in Paris. In 1938, Tooker graduated from Phillips Academy in Andover, Massachusetts, and, four years later, from Harvard University, where he majored in English literature. He did not take any fine art courses in college, but did have the opportunity to study late medieval and early Renaissance painting for the first time at the Fogg Art Museum and Museum of Fine Arts, Boston.

Upon graduating in 1942, Tooker enlisted in the Marine Corps. He entered Officer Candidate School, but was soon discharged for health reasons. Returning to New York, he enrolled at the Art Students League and studied with Reginald Marsh in 1943 and 1944. He also took courses with Kenneth Hayes Miller and Harry Sternberg. While he was a monitor in one of Marsh’s classes, he met Paul Cadmus, who in turn introduced him to Jared and Margaret French, artists who became lifelong friends. Although Tooker had begun to experiment with egg tempera through Marsh, it was Cadmus and French, in particular, who encouraged him to adopt it as his primary medium. Geroge Tooker continued to paint until his death in 2011. DC Moore Gallery

George Clair Tooker, Jr. (August 5, 1920 – March 27, 2011) was an American figurative painter. His works are associated with Magic realism, Social realism, Photorealism and Surrealism. His subjects are depicted naturally as in a photograph, but the images use flat tones, an ambiguous perspective, and alarming juxtapositions to suggest an imagined or dreamed reality. He did not agree with the association of his work with Magic realism or Surrealism, as he said, "I am after painting reality impressed on the mind so hard that it returns as a dream, but I am not after painting dreams as such, or fantasy." In 1968, he was elected to the National Academy of Design and was a member of the American Academy of Arts and Letters. Tooker was one of nine recipients of the National Medal of Arts in 2007.

George Tooker was born on August 5, 1920 in Brooklyn where he spent the first six years of his life. He was raised by his mother, Angela Montejo Roura, who was of English, German and Spanish-Cuban descent and his father George Clair Tooker who was of English and French descent. His religious upbringing was in the Episcopal Church. During the Great Depression, the family resided in Bellport, New York. He had one sister, Mary Tooker Graham.

He took art lessons as a child and spent much of his young adult life at the Fogg Art Museum. He attended Phillips Academy in Andover, Massachusetts and graduated from Harvard University with an English degree in 1942 and enlisted in the Officer Candidates School (United States Marine Corps), but was discharged for medical reasons.

Tooker spent the late 1940s and early 1950s in Brooklyn. He studied at the Art Students League of New York under Reginald Marsh from 1943 to 1945. Kenneth Hayes Miller influenced Tooker's work by encouraging the emphasis on form rather than expressive emotion to convey a painting's meaning. Tooker regarded Harry Sternberg a good teacher at the League due to his pointed, challenging questions. Upon reading Daniel V. Thompson's The Practice of Tempera Painting, Tooker began to paint in the traditional Renaissance painting method. Tooker appreciated its slow manner of application in particular.

Tooker acknowledged the need for other art to support his development process. He spent much of his free time reading painting and sculpture books, studying the works of antiquity up to 20th-century art in an effort to augment his artistic vision. He was particularly interested in Classical sculpture, Flemish painting and sculpture, Italian Renaissance painting and sculpture, Dutch Golden Age painting, 17th-century French art, Neue Sachlichkeit art, and Mexican art of the 1920s and 1930s. Some individuals that influenced Tooker include Italian artists Paolo Uccello and Piero della Francesca; American artists Jared French, Edward Hopper, Paul Cadmus, Honoré Desmond Sharrer, and Henry Koerner.

Early in his career, Tooker's work was often compared with painters such as Andrew Wyeth, Edward Hopper, and his close friends Jared French and Paul Cadmus.

His most well known paintings carry strong social commentary, and are often characterized as his "public" or "political" pieces. Some of these include: The Subway (1950), Government Bureau (1955-1956), The Waiting Room (1956-1957), Lunch (1964), Teller (1967), Waiting Room II (1982), Corporate Decision (1983), and Terminal (1986). These works are particularly influential, because they draw from universal experiences of modern, urban life. Many portray visually literal depictions of social withdrawal and isolation. In many ways, these images reveal the negative side of the subject matter celebrated in Impressionism. Modernity's anonymity, mass-production, and fast pace are cast under an unforgiving, bleak, shadow-less light that conveys a sense of foreboding and isolation. The use of many strong straight lines culminates in oppressively ordered, rectilinear architecture. This precise geometric architecture, constructed to serve the subjects, physically dominates them. Tooker saw modern society as behaving in this same way. Modern life becomes a prison of soulless ritual devoid of individuality in Landscape with Figures (1966). Space is often compressed, as in Ward (1970-1971), with patients' beds lined head-to-foot with very little walking space, such that humanity is confined to strictly organized grids. These images convey a sense of overwhelming silence in the lack of control each individual portrayed has over their depicted situation. The people Tooker depicts are rarely overcome by emotion, never strut, and seldom convey individuality. Rather, they shuffle along in heavy, uniform clothing and seem to act not based on individual will, but based on social conditioning. In Supermarket (1973), nondescript shoppers are surrounded by brightly packaged consumables as easily replicated as the people themselves.