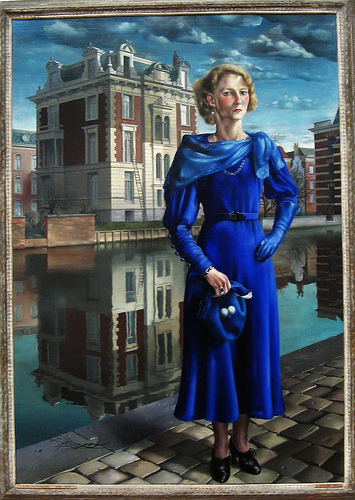 Magical realism, magic realism, or marvelous realism is a genre of narrative fiction and, more broadly, art (literature, painting, film, theatre, etc.) that, while encompassing a range of subtly different concepts, expresses a primarily realistic view of the real world while also adding or revealing magical elements. It is sometimes called fabulism, in reference to the conventions of fables, myths, and allegory. "Magical realism", perhaps the most common term, often refers to fiction and literature in particular, with magic or the supernatural presented in an otherwise real-world or mundane setting.

The terms are broadly descriptive rather than critically rigorous. Matthew Strecher defines magic realism as "what happens when a highly detailed, realistic setting is invaded by something too strange to believe". Many writers are categorized as "magical realists", which confuses the term and its wide definition. Magical realism is often associated with Latin American literature, particularly authors including genre founders Miguel Angel Asturias, Jorge Luis Borges, Elena Garro, Juan Rulfo, Gabriel García Márquez and Isabel Allende. In English literature, its chief exponents include Salman Rushdie, Alice Hoffman, and Nick Joaquin.

While the term magical realism first appeared in 1955, the term Magischer Realismus, translated as magic realism, was first used by German art critic Franz Roh in 1925 to refer to a painterly style also known as Neue Sachlichkeit (the New Objectivity), an alternative to expressionism championed by fellow German museum director Gustav Hartlaub. Roh identified magic realism's accurate detail, smooth photographic clarity, and portrayal of the 'magical' nature of the rational world. It reflects the uncanniness of people and our modern technological environment. Roh believed that magic realism was related to, but distinct from, surrealism, due to magic realism's focus on the material object and the actual existence of things in the world, as opposed to surrealism's more cerebral, psychological and subconscious reality. Magic realism was later used to describe the uncanny realism by American painters such as Ivan Albright, Paul Cadmus, George Tooker and Viennese-born Henry Koerner, along other artists during the 1940s and 1950s. However, in contrast with its use in literature, magic realist art does not often include overtly fantastic or magical content, but rather looks at the mundane through a hyper-realistic and often mysterious lens.

Roh's magic realism also influenced writers in Hispanic America, where it was translated as realismo mágico in 1927. Venezuelan writer Arturo Uslar-Pietri, who had known Bontempelli, wrote influential magic realist short stories in the 1930s and 40s that focused on the mystery and reality of how we live. Luis Leal attests that Pietri seemed to have been the first to adopt the term realismo mágico in Hispanic America in 1948. There are evidence that Mexican writer Elena Garro used the same term to describe the works of E. T. A. Hoffmann but dismissed her own work as a part of the genre. French-Russian Cuban writer Alejo Carpentier, who rejected Roh's magic realism as tiresome pretension, developed his related concept lo real maravilloso, or marvelous realism, in 1949. Maggie Ann Bowers writes that marvelous realist literature and art expresses "the seemingly opposed perspectives of a pragmatic, practical and tangible approach to reality and an acceptance of magic and superstition" within an environment of differing cultures.