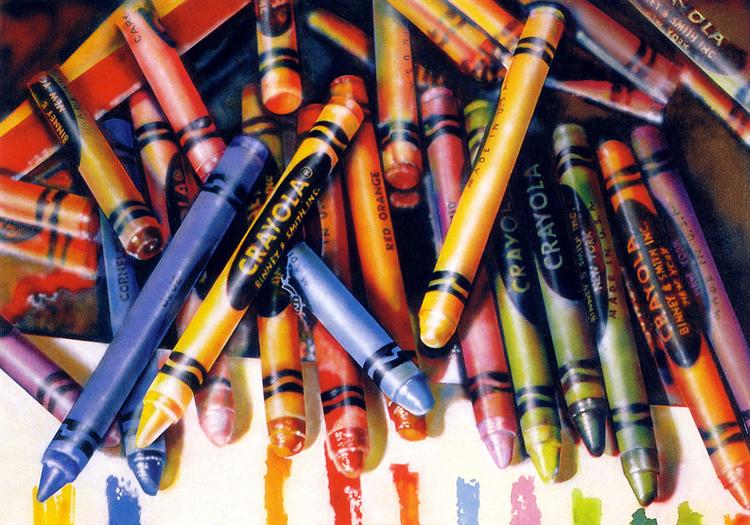 Photorealism is a genre of art that encompasses painting, drawing and other graphic media, in which an artist studies a photograph and then attempts to reproduce the image as realistically as possible in another medium. Although the term can be used broadly to describe artworks in many different media, it is also used to refer specifically to a group of paintings and painters of the American art movement that began in the late 1960s and early 1970s.

As a full-fledged art movement, Photorealism evolved from Pop Art and as a counter to Abstract Expressionism as well as Minimalist art movements in the late 1960s and early 1970s in the United States. Photorealists use a photograph or several photographs to gather the information to create their paintings and it can be argued that the use of a camera and photographs is an acceptance of Modernism. However, the admittance to the use of photographs in Photorealism was met with intense criticism when the movement began to gain momentum in the late 1960s, despite the fact that visual devices had been used since the fifteenth century to aid artists with their work.

The invention of photography in the nineteenth century had three effects on art: portrait and scenic artists were deemed inferior to the photograph and many turned to photography as careers; within nineteenth- and twentieth-century art movements it is well documented that artists used the photograph as source material and as an aid—however, they went to great lengths to deny the fact fearing that their work would be misunderstood as imitations; and through the photograph's invention artists were open to a great deal of new experimentation. Thus, the culmination of the invention of the photograph was a break in art's history towards the challenge facing the artist—since the earliest known cave drawings—trying to replicate the scenes they viewed.

By the time the Photorealists began producing their bodies of work the photograph had become the leading means of reproducing reality and abstraction was the focus of the art world. Realism continued as an ongoing art movement, even experiencing a reemergence in the 1930s, but by the 1950s modernist critics and Abstract Expressionism had minimalized realism as a serious art undertaking. Though Photorealists share some aspects of American realists, such as Edward Hopper, they tried to set themselves as much apart from traditional realists as they did Abstract Expressionists. Photorealists were much more influenced by the work of Pop artists and were reacting against Abstract Expressionism.

Pop Art and Photorealism were both reactionary movements stemming from the ever increasing and overwhelming abundance of photographic media, which by the mid 20th century had grown into such a massive phenomenon that it was threatening to lessen the value of imagery in art. However, whereas the Pop artists were primarily pointing out the absurdity of much of the imagery (especially in commercial usage), the Photorealists were trying to reclaim and exalt the value of an image.

The association of Photorealism to Trompe L'oeil is a wrongly attributed comparison, an error in observation or interpretation made by many critics of the 1970s and 1980s. Trompe L'oeil paintings attempt to "fool the eye" and make the viewer think he is seeing an actual object, not a painted one. When observing a Photorealist painting, the viewer is always aware that they are looking at a painting.