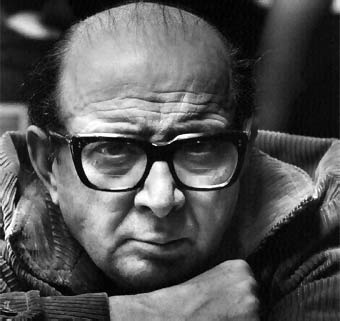 Delesio Antonio Berni (Rosario, 14 May 1905 - Buenos Aires, 13 October 1981) was an Argentine figurative artist. He is associated with the movement known as Nuevo Realismo ("New Realism"), a Latin American extension of social realism. His work, including a series of Juanito Laguna collages depicting poverty and the effects of industrialization in Buenos Aires, has been exhibited around the world.


Berni was born in the city of Rosario on May 14, 1905. His mother Margarita Picco was the Argentine daughter of Italians. His father Napoleón, an immigrant tailor from Italy, died in the first World War.


In 1914 Berni became the apprentice of Catalan craftsman N. Bruxadera at the Buxadera and Co. stained glass company. He later studied painting at the Rosario Catalá Center where he was described as a child prodigy. In 1920 seventeen of his oil paintings were exhibited at the Salon Mari. On November 4, 1923 his impressionist landscapes were praised by critics in the daily newspapers La Nación and La Prensa.


He went back to Rosario for a few months but returned to Paris in 1927 with a grant from the Province of Santa Fe. Studying the work of Giorgio de Chirico and René Magritte, Berni became interested in surrealism and called it "a new vision of art and the world, the current that represents an entire youth, their mood, and their internal situation after the end of the World War. A dynamic and truly representative movement." His late 1920s and early 1930s surrealist works include La Torre Eiffel en la Pampa (The Eiffel Tower in Pampa), La siesta y su sueño (The Nap and its Dream), and La muerte acecha en cada esquina (Death Lurks Around Every Corner).


He also began studying revolutionary politics including the Marxist theory of Henri Lefebvre, who introduced him to the Communist poet Louis Aragon in 1928. Berni continued corresponding with Aragon after leaving France, later recalling, "It is a pity that I have lost, among the many things I have lost, the letters that I received from Aragon all the way from France; if I had them today, I think, they would be magnificent documents; because in that correspondence we discussed topics such as the direct relationship between politics and culture, the responsibilities of the artist and the intellectual society, the problems of culture in colonial countries, the issue of freedom."