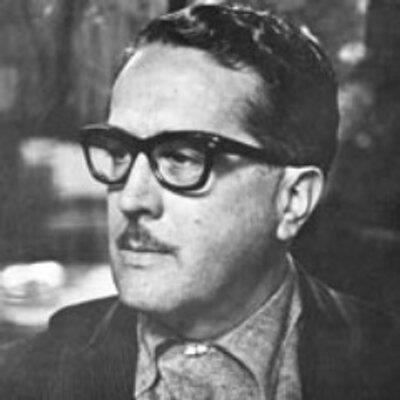 Jorge González Camarena (24 March 1908 – 24 May 1980) was a prominent painter, muralist and sculptor. He is best known for his mural work, as part of the Mexican muralism movement, although his work is distinct from the main names associated with it (Rivera, Orozco and Siqueiros). His major works include the mural on the main administration building of the Monterrey Institute of Technology and Higher Studies and a mural created for the Universidad de Concepción in Chile. He also created easel works, one of which, La Patria, was well known in Mexico as it was used on the cover of free textbooks from the 1960s into the 1970s. Recognitions for his work include the Premio Nacional de Arte, membership in the Academia de Artes and the Ordine al Merito della Repubblica Italiana, grade Commendatore from the Italian government.

González Camarena was born in Guadalajara to Arturo González and Sara Camarena, both of whom were originally from Arandas. His was an artistic and cultural family as his father was a photographer. He had seven siblings, and his brother Guillermo invented the color television set. From childhood, Jorge showed interest in art. When he visited his aunt Esther, he spent long hours watching her paint while the other children ran in the garden. This inspired him to not only draw, but to also create works in pumice stone, pebbles and clay. He also created his own comic strip called Los Chiquinitos, which he sold to classmates.

In 1919, he moved to Mexico City with his family, where he began drawing lessons with a painter named Francisco Zeteno. Seeing González Camarena’s talent, the teacher suggested enrolling him in the Academy of San Carlos. González Camarena entered the school at age fifteen, just after his father died and his family was taken in by his grandparents.

He studied at the Academy intermittently from 1922 to 1930. He was interested in both traditional academic painting and newer trends that were forming. At this time, there was an anti-academic feeling among many younger painters. One result was the establishment of alternate schools called “open air schools” that focused on spontaneity, light and everyday topics and González studied at one of these schools as well. Another effect was the establishment of a student movement at the Academy of San Carlos to modernize its teaching and to bring Diego Rivera to teach at the institution. During his school years, his principle teachers included Mateo Herrera and Francisco Díaz de León, working in various media such as fresco, oil on fabric, vinylite, ship paint, tempera, mosaics and ceramics.

González Camarena began his career before leaving school, working with Dr. Atl. In 1930, Dr. Atl gave him his own studio on top of the former monastery of San Juan de Letrán. Here he not only painted but also researched music and led discussions on the arts.

In 1934, he married Jeannie Barré de Saint-Leu with whom he had four children. His new familial responsibilities pushed him to find more work, leading to contacts that began his career as a muralist. His family life affected his painting with his children and even his dog appearing in his artwork.