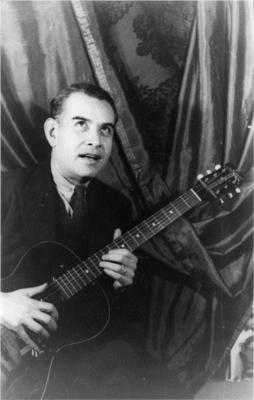 Tamayo's Zapotec heritage is often cited as an early influence.

After his parents' death, Tamayo moved to Mexico City to live with his aunt. While there, he devoted himself to helping his family with their small business. However, after a while, Tamayo’s aunt enrolled him at Escuela Nacional de Artes Plasticas at San Carlos in 1917 to study art. As a student, he experimented with and was influenced by Cubism, Impressionism and Fauvism, among other popular art movements of the time, but with a distinctly Mexican feel. Although Tamayo studied drawing at the Academy of Art at San Carlos as a young adult, he became dissatisfied and eventually decided to study on his own. That was when he began working for José Vasconcelos at the Department of Ethnographic Drawings (1921); he was later appointed head of the department by Vasconcelos.

Rufino Tamayo, along with other muralists such as Rivera, Orozco, and Siqueiros, represented the twentieth century in their native country of Mexico. After the Mexican Revolution, Tamayo devoted himself to creating a distinct identity in his work. He expressed what he envisioned as the traditional Mexico and eschewed the overt political art of such contemporaries as José Clemente Orozco, Diego Rivera, Oswaldo Guayasamin and David Alfaro Siqueiros. He disagreed with these muralists in their belief that the revolution was necessary for the future of Mexico but considered, instead, that the revolution would harm Mexico. In his painting, Niños Jugando con Fuego (Children Playing with Fire, 1947), Tamayo shows two individuals being burnt by a fire they have created, a symbol of the Mexican people being injured by its own choice and action. Tamayo claimed, “We are in a dangerous situation, and the danger is that man may be absorbed and destroyed by what he has created". Due to his opinion, he was characterized by some as a "traitor" to the political cause. Tamayo came to feel that he could not freely express his art; he therefore decided in 1926 to leave Mexico and move to New York City. Prior to his departure, Tamayo organized a one-man show of his work in Mexico City where he was noticed for his individuality. The artist returned to Mexico in 1929 to have another solo show, this time being met with high praise and media coverage.

Rufino Tamayo’s legacy in the history of art lies in his oeuvre of original graphic prints in which he cultivated every technique. Rufino Tamayo’s graphic work, produced between 1925 and 1991, includes woodcuts, lithographs, etchings and "Mixografia" prints. With the help of Mexican painter and engineer Luis Remba, Tamayo expanded the technical and aesthetic possibilities of the graphic arts by developing a new medium which they named Mixografia. This technique is a unique fine art printing process that allows for the production of prints with three-dimensional texture. It not only registered the texture and volume of Rufino Tamayo's design but also granted the artist freedom to use any combination of solid materials in its creation. Rufino Tamayo was delighted with the Mixografia process and created some 80 original Mixographs. One of their most famous Mixografia is titled Dos Personajes Atacados por Perros (Two Characters Attacked by Dogs).