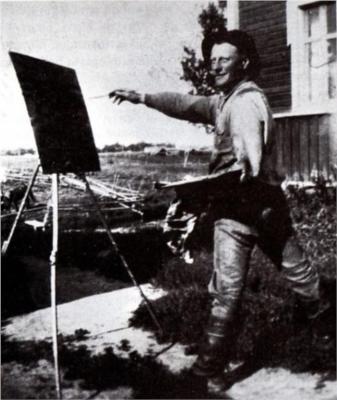 Vilho Henrik Lampi (July 19, 1898 – March 17, 1936) was a Finnish painter who is best known for his self-portraits and paintings of Liminka and the people who lived there.

Lampi was born in Oulu but lived in Liminka for most of his life. He studied at the Finnish Academy of Fine Arts from 1921 to 1925 and after finishing his studies he returned to Liminka, where he lived and painted his most famous works.

Lampi committed suicide on March 17, 1936, by jumping from a bridge to Oulujoki while visiting in Oulu.