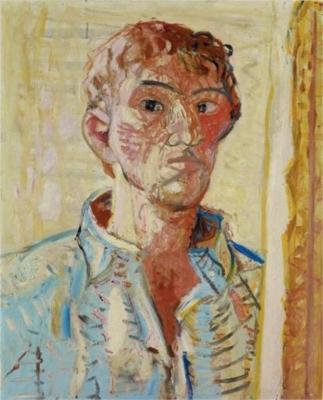 He experimented with various contemporary styles, until developing his own personal vivid style of landscape painting on Lipari. Later he turned to abstraction, but continued to use bright colours. In 1956 he did a series of pastel illustrations for Ernest Hemingway's The Old Man and the Sea. In his late works, darker colours predominate.

His work was shown in many galleries. There were exhibitions of his works at the Lehnbachhaus in Munich in 1963 and the Kunstmuseum Bern in 1969. After his death a retrospective was held at the Kunsthaus Zurich in 1975.