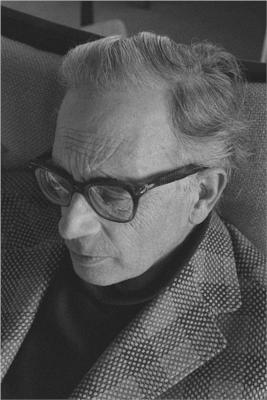 Carlos Botelho (18 September 1899, Lisbon – 18 August 1982, Lisbon) was a Portuguese painter, illustrator, and caricaturist, whose works are shown at the Chiado Museum and at the Modern Art Centre José de Azeredo Perdigão / Calouste Gulbenkian Foundation, in Lisbon. Botelho was one of the most relevant Portuguese artists of his generation.

Carlos Botelho was an only child to parents who were musicians, and it was music that dominated his childhood. His father died in 1910.

He attended secondary school at the Pedro Nunes Grammar School, in Lisbon, which is where he held his first solo exhibition and befriends Bento de Jesus Caraça and Luís Ernâni Dias Amado. He then enrolls in the Lisbon School of Fine Arts, which he abandons after a short time, then ending his conventional training. Botelho will be an eminently self-taught artist.

Between 1926 and 1929 he regularly drew comic strips for the children’s weekly ABCzinho, "and is the author of almost the entire front and back pages of each issue, in color".

In 1928, he started a comic page in the weekly publication Sempre Fixe, a collaboration that he maintained for over 22 years and which was the stage for a caustic criticism of a vast range of issues, going from trivial matters of daily life in Lisbon to some of the most relevant events in international life, in a "style that mixed up chronicle, autobiography, journalism, and satire", making it an early example of autobiographical comics. On 8 December 1950, the date when he ended that monumental cycle of work, his Ecos da Semana (Echoes of the Week) made a total of about 1,200 pages, "in a continuous discourse with no intervals or holidays".

"Ecos da Semana are a double, and triple, diary – of the author, between his 29 and 51 years of age, and of a country, or of a world"; but they are also "a diary of the unsaid". In a country strangled by censorship, "national politics is excluded from commentary; […] such were the rules of the game" [2]. This did not stop him, for example, from "confronting the build-up to World War II, through remarkable, crushing drawings making fun of Mussolini and Hitler".

In 1929, Botelho is a well-known humorist. That year he left for Paris, where he attended the Free Academies like the Grande Chaumière; that was the turning point in his career, leading him to definitively opt for painting: "Botelho’s first painting of Lisbon is from 1929: a view from the cupola of the Estrela Basilica, geometrically constructed, with a dense matter […], using expressive thickness of paint".