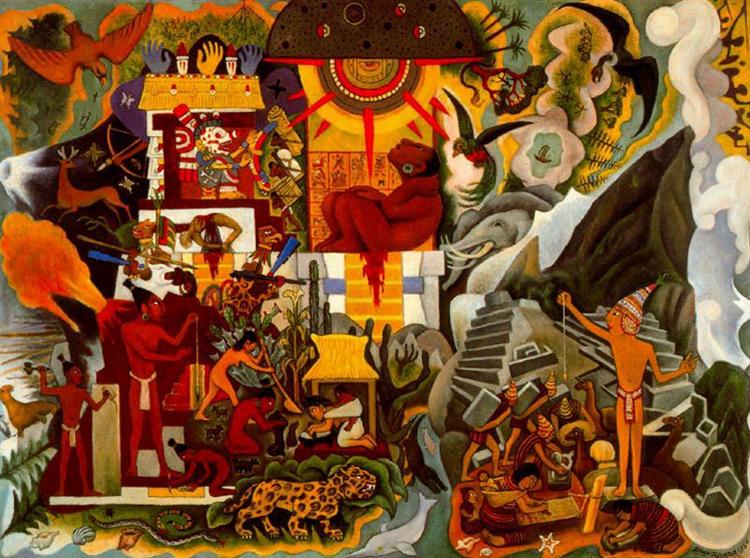 There are several meanings relating to the word Indigenism, but in the context of visual art the term refers to a movement that originated in Latin America during the 1920s which saw artists fighting against the dominance of European art in favor of making art about their own culture which embraced pre-Columbian art.

Art associated with Indigenism is nearly always figurative, with subjects that focus on the country’s cultural heritage and traditions, as well as their spiritual beliefs.

In Mexico during the Revolution the Mexican muralists Diego Rivera, José Clemente Orozco, David Alfaro Siqueiros and Rufino Tamayo embraced Indigenism: they were committed to promoting Mexican culture and their murals depicted their country’s history and its people.