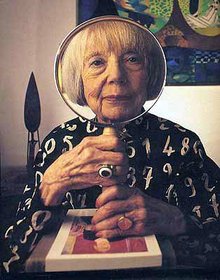 Born in Buenos Aires to a Scottish father and American mother, Agar moved with her family to London in 1911. After attending Heathfield St Mary's School, she studied, beginning in 1919, at the Byam Shaw School of Art. Then, in 1924, she studied under Leon Underwood at his school at Brook Green. She attended the Slade School of Fine Art in London from 1925 to 1926. She also studied art in Paris from 1928 to 1930.

In 1926, Agar met the Hungarian writer Joseph Bard and in 1928, they lived in Paris where she met the Surrealists André Breton and Paul Éluard with whom she had a friendly relationship. She was a member of the London Group from 1934 onwards, and later married Bard in 1940.

Agar exhibited with the Surrealists in England and abroad. During the 1930s Agar's work focused on natural objects often in a light-hearted manner such as Bum-Thumb Rock, a set of photographs of an unusual rock formation she noticed in Brittany. She started to experiment with automatic techniques and new materials, taking photographs and making collages and objects. The Angel of Anarchy, a plaster head covered in fabric and other media, is such an example from 1936–40 and is now in the Tate collection. In the mid-1930s Agar and Bard began renting a house for the summer at Swanage in Dorset. Here she met Paul Nash and the two began an intense relationship. In 1935 Nash introduced Agar to the concept of the found object. Together, they collaborated on a number of works, such as Seashore Monster at Swanage. Nash recommended her work to Roland Penrose and Herbert Read, the organisers of the 1936 International Surrealist Exhibition at the New Burlington Galleries, in London and she became the only British woman to have work, three paintings and five objects, included in that exhibition.

In 1936 she was the only woman to present works of art at the international exhibition in London, England.

In 1937, Agar spent a holiday at Picasso and Dora Maar's home in Mougins, Alpes-Maritimes, along with Paul Éluard, Nusch, Roland Penrose and Lee Miller, who photographed her. By 1940, works by Agar had appeared in surrealist exhibitions in Amsterdam, New York, Paris and Tokyo. "The war interrupted her artistic activity, and she only began to paint again in 1946 and exhibited fairly regularly from then on until her death."

After World War Two, Agar started a new productive phase of her life, holding almost 16 solo exhibitions between 1946 and 1985. By the 1960s she was producing Tachist paintings with Surrealist elements. In 1988 she published her autobiography A Look At My Life. then in 1990, she was elected as a Royal Academy Associate. She died in London. Agar has paintings in the collection of several British institutions including Derby Art Gallery, Bradford and the UK Government collection.