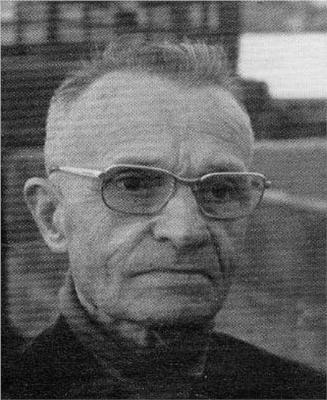 Born in Agen, France, he lived his life in Bordeaux. He began his career by painting landscapes until his work soon turned towards a fetishistic eroticism.

Molinier began to take photographs at the age of 18. As listed in his birth record, he was married to Andrea Lafaye, on July 7, 1931, at Bordeaux. A homosexual and a transvestite, Pierre Molinier lived the violence and sexual obsessions his fellow surrealists only dreamt about.

He began a correspondence with André Breton and sent him photographs of his paintings. Later Breton integrated him into the Surrealist group. Breton organized an exhibition of Molinier's paintings in Paris, in January–February 1956.

Between 1965 and his suicide in 1976, he chronicled his exploration of his subconscious transsexual desires in "Cent Photographies Erotiques": graphically detailed images of pain and pleasure now on show in London. It was also in this year that Molinier, with the aid of a remote control switch, began to create photographs in which he assumed the roles of dominatrix and succuba previously taken by the women of his paintings. In these beautifully-made, intimate black and white photographs, Molinier, either alone with doll-like mannequins or with female models, appears as a transvestite, transformed by his 'fetish' wardrobe of fishnet stockings, suspender belt, stilettos, mask and corset. In montages, an unlikely number of stockinged limbs intertwine to create the women of Molinier's paintings.

For the last 11 years of his life Molinier played out his own most profound moments in the 'theatre' of his Bordeaux 'boudoir - atelier'. He intended his photographs to shock, inviting the viewer to bring to the images his or her own response of excitement or disgust.

In the 1970s, Molinier's health began to decline. Like his father before him, Pierre Molinier committed suicide at 76 years of age by a self-inflicted gunshot wound.

Molinier explored connections between religious ritual and sexuality which he believed had been obscured by the post-Renaissance morality he so despised. He was a transvestite Baudelaire who rather than words, chose as his medium the corset, the mask and the chain. He challenged received orthodoxies of art and morality and, like a jester, seeks to destroy taboos.

Molinier echoes the ancient Shamanic tradition and his experiments in sexual transformation can be interpreted as an attempt to regain the primordial, Platonic perfection of the androgyne. It is significant that his (unrealised) biography was to have been entitled The Shaman and His Creatures.