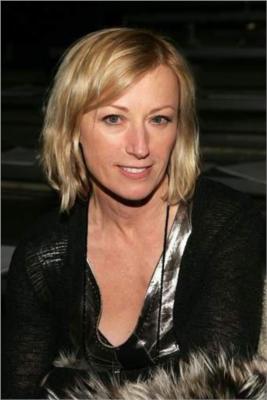 In 1995, she was the recipient of a MacArthur Fellowship. In 2013 she received an honorary doctorate degree from the Royal College of Art, London.

Sherman was born on January 19, 1954, in Glen Ridge, New Jersey, the youngest of the five children of Dorothy and Charles Sherman. Shortly after her birth, her family moved to the township of Huntington, Long Island, where Cindy grew up as the youngest of five children. Her father worked as an engineer for Grumman Aircraft. Her mother taught reading to children with learning difficulties..

In 1972, Sherman enrolled in the visual arts department at Buffalo State College, where she began painting. During this time, she began to explore the ideas which became a hallmark of her work: She dressed herself as different characters, cobbled together from thrift-store clothing. Frustrated with what she saw as the limitations of painting as a medium of art, she abandoned it and took up photography. "[T]here was nothing more to say [through painting]", she recalled. "I was meticulously copying other art, and then I realized I could just use a camera and put my time into an idea instead." Sherman has said about this time: "One of the reasons I started photographing myself was that supposedly in the spring one of my teachers would take the class out to a place near Buffalo where there were waterfalls and everybody romps around without clothes on and takes pictures of each other. I thought, ‘Oh, I don't want to do this. But if we're going to have to go to the woods I better deal with it early.’ Luckily we never had to do that." She spent the remainder of her college education focused on photography. Though Sherman had failed a required photography class as a freshman, she repeated the course with Barbara Jo Revelle, whom she credited with introducing her to conceptual art and other contemporary forms. At college she met Robert Longo, who encouraged her to record her process of "dolling up" for parties. This was the beginning of her Untitled Film Still series.

In 1974, together with Longo, Charles Clough and Nancy Dwyer, she created Hallwalls, an arts center intended as a space that would accommodate artists from diverse backgrounds. Sherman was also exposed to the contemporary art exhibited at the Albright-Knox Art Gallery, the two Buffalo campuses of the SUNY school system, Media Studies Buffalo, and the Center for Exploratory and Perceptual Arts, and Artpark, in nearby Lewiston, N.Y.

It was in Buffalo that Sherman encountered the photo-based Conceptual works of artists Hannah Wilke, Eleanor Antin, and Adrian Piper. Along with artists like Laurie Simmons, Louise Lawler, and Barbara Kruger, Sherman is considered to be part of the Pictures Generation.

Sherman works in series, typically photographing herself in a range of costumes. To create her photographs, Sherman shoots alone in her studio, assuming multiple roles as author, director, make-up artist, hairstylist, wardrobe mistress, and model.