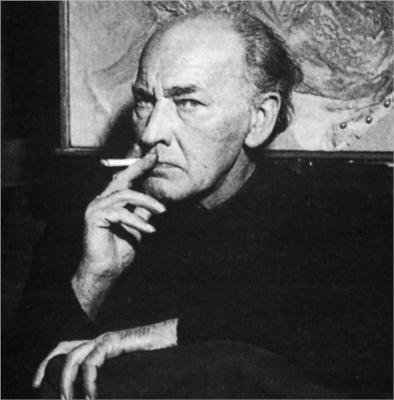 Hans Bellmer (13 March 1902 – 24 February 1975) was a German artist, best known for the life-sized pubescent female dolls he produced in the mid-1930s. Historians of art and photography also consider him a Surrealist photographer.

Bellmer was born in the city of Kattowitz, then part of the German Empire (now Katowice, Poland). Up until 1926, he'd been working as a draftsman for his own advertising company. He initiated his doll project to oppose the fascism of the Nazi Party by declaring that he would make no work that would support the new German state. Represented by mutated forms and unconventional poses, his dolls were directed specifically at the cult of the perfect body then prominent in Germany. Bellmer was influenced in his choice of art form by reading the published letters of Oskar Kokoschka (Der Fetisch, 1925).

Bellmer's doll project is also said to have been catalysed by a series of events in his personal life. Hans Bellmer takes credit for provoking a physical crisis in his father and brings his own artistic creativity into association with childhood insubordination and resentment toward a severe and humorless paternal authority. Perhaps this is one reason for the nearly universal, unquestioning acceptance in the literature of Bellmer's promotion of his art as a struggle against his father, the police, and ultimately, fascism and the state. Events of his personal life also including meeting a beautiful teenage cousin in 1932 (and perhaps other unattainable beauties), attending a performance of Jacques Offenbach's Tales of Hoffmann (in which a man falls tragically in love with an automaton), and receiving a box of his old toys. After these events, he began to actually construct his first dolls. In his works, Bellmer explicitly sexualized the doll as a young girl. The dolls incorporated the principle of "ball joint", which was inspired by a pair of sixteenth-century articulated wooden dolls in the Kaiser Friedrich Museum

He visited Paris in 1935 and made contacts there, such as Paul Éluard, but returned to Berlin because his wife Margarete was dying of tuberculosis.

Bellmer produced the first doll in Berlin in 1933. Long since lost, the assemblage can nevertheless be correctly described thanks to approximately two dozen photographs Bellmer took at the time of its construction. Standing about fifty-six inches tall, the doll consisted of a modeled torso made of flax fiber, glue, and plaster; a mask-like head of the same material with glass eyes and a long, unkempt wig; and a pair of legs made from broomsticks or dowel rods. One of these legs terminated in a wooden, club-like foot; the other was encased in a more naturalistic plaster shell, jointed at the knee and ankle. As the project progressed, Bellmer made a second set of hollow plaster legs, with wooden ball joints for the doll's hips and knees. There were no arms to the first sculpture, but Bellmer did fashion or find a single wooden hand, which appears among the assortment of doll parts the artist documented in an untitled photograph of 1934, as well as in several photographs of later work.