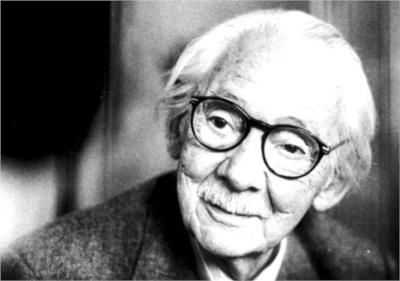 Manuel Álvarez Bravo (February 4, 1902 – October 19, 2002, age 100) was Mexico’s first principal artistic photographer and is the most important figure in 20th-century Latin American photography. He was born and raised in Mexico City. While he took art classes at the Academy of San Carlos, his photography is self-taught. His career spanned from the late 1920s to the 1990s with its artistic peak between the 1920s to the 1950s. His hallmark as a photographer was to capture images of the ordinary but in ironic or surrealistic ways. His early work was based on European influences, but he was soon influenced by the Mexican muralism movement and the general cultural and political push at the time to redefine Mexican identity. He rejected the picturesque, employing elements to avoid stereotyping. Over his career he had numerous exhibitions of his work, worked in the Mexican cinema and established Fondo Editorial de la Plástica Mexicana publishing house. He won numerous awards for his work, mostly after 1970.

Álvarez Bravo was born in Mexico City on February 4, 1902. His father was a teacher but pursued painting, photography and writing, producing several plays and his grandfather was a professional portrait maker. Because of this, Alvarez Bravo had early exposure to the medium. He grew up in the historic center of Mexico City behind the Cathedral, in one of the many former colonial buildings converted into apartments for the city’s middle and lower classes. He was eight years old when the Mexican Revolution began. He could hear gunfire and came across dead bodies as a child. This would have an effect on his photography later.

From 1908 to 1914 Alvarez Bravo attended elementary at the Patricio Saénz boarding school in Tlalpan, but he had to leave school at the age of twelve when his father died. He worked as a clerk at a French textile factory for a time, and later at the Mexican Treasury Department. He studied accounting at night for a while but then switched to classes in art at the Academy of San Carlos. Alvarez Bravo met Hugo Brehme in 1923 and bought his first camera in 1924. He began experimenting with it, with some advice from Brehme and subscriptions to photography magazines. In 1927, he met photographer Tina Modotti. Álvarez Bravo had admired Modotti’s work in magazines such as Forma and Mexican Folkways even before they met. She introduced him to a number of intellectuals and artists in Mexico City, including photographer Edward Weston, who encouraged him to continue with the craft.

During his lifetime, Alvarez Bravo married three times, with all three wives photographers in their own right. His first wife was Lola Alvarez Bravo, whom he married in 1925, just as he was beginning his career as a freelance photographer. He taught her the craft but she did not achieve the renown that he did. They had one son, Manuel and separated in 1934. His second wife was Doris Heyden and his third was French photographer Colette Álvarez Urbajtel.

In 1973 he donated his personal collection of photographs and cameras to the Instituto Nacional de Bellas Artes. An additional 400 photographs are purchased by the Mexican government for the Museo de Arte Moderno.