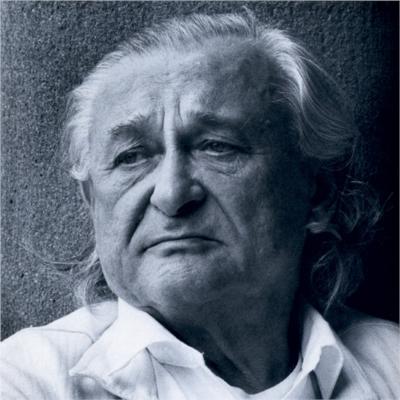 Jacques Lipchitz (22 August [O.S. 10 August] 1891 – 16 May 1973) was a Cubist sculptor, from late 1914. Lipchitz retained highly figurative and legible components in his work leading up to 1915–16, after which naturalist and descriptive elements were muted, dominated by a synthetic style of Crystal Cubism. In 1920 Lipchitz held his first solo exhibition, at Léonce Rosenberg's Galerie L'Effort Moderne in Paris. Fleeing the Nazis he came to the US and settled in New York City and eventually Hastings-on-Hudson.

Jacques Lipchitz was born Chaim Jacob Lipschitz, in a Litvak family, son of a building contractor in Druskininkai, Lithuania, then within the Russian Empire. At first, under the influence of his father, he studied engineering, but soon after, supported by his mother he moved to Paris (1909) to study at the École des Beaux-Arts and the Académie Julian.

It was there, in the artistic communities of Montmartre and Montparnasse, that he joined a group of artists that included Juan Gris and Pablo Picasso as well as where his friend, Amedeo Modigliani, painted Jacques and Berthe Lipchitz.

Living in this environment, Lipchitz soon began to create Cubist sculpture. In 1912 he exhibited at the Salon de la Société Nationale des Beaux-Arts and the Salon d'Automne with his first solo show held at Léonce Rosenberg's Galerie L'Effort Moderne in Paris in 1920. In 1922 he was commissioned by the Barnes Foundation in Merion, Pennsylvania to execute five bas-reliefs.

With artistic innovation at its height, in the 1920s he experimented with abstract forms he called transparent sculptures. Later he developed a more dynamic style, which he applied with telling effect to bronze compositions of figures and animals.

With the German occupation of France during World War II, and the deportation of Jews to the Nazi death camps, Jacques Lipchitz had to flee France. With the assistance of the American journalist Varian Fry in Marseille, he escaped the Nazi regime and went to the United States. There, he eventually settled in Hastings-on-Hudson, New York.

He was one of 250 sculptors who exhibited in the Third Sculpture International Exhibition held at the Philadelphia Museum of Art in the summer of 1949. He has been identified among seventy of those sculptors in a photograph Life magazine published that was taken at the exhibition. In 1954 a Lipchitz retrospective traveled from The Museum of Modern Art in New York to the Walker Art Center in Minneapolis and The Cleveland Museum of Art. In 1959, his series of small bronzes To the Limit of the Possible was shown at Fine Arts Associates in New York.

Beginning in 1963 he returned to Europe for several months of each year and worked in Pietrasanta, Italy. He developed a close friendship with fellow sculptor, Fiore de Henriquez. In 1972 his autobiography, co-authored with H. Harvard Arnason, was published on the occasion of an exhibition of his sculpture at the Metropolitan Museum of Art in New York. Jacques Lipchitz died in Capri, Italy. His body was flown to Jerusalem for burial.